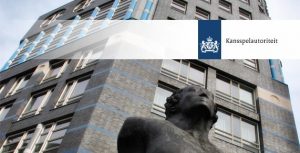 The Dutch gambling authority has signed a letter of intent to work towards common regulatory best practices with Malta’s gaming authority. (Image: goksites.nl)

While online gaming is not fully regulated yet, gaming authorities in the Netherlands have signed a deal with Malta’s Lotteries and Gaming Authority (LGA) to start a relationship between the two agencies. The deal is seen as a major step forward for a more streamlined, consistent regulatory environment within Europe. Currently it is not expected that online gaming will be regulated by Dutch authorities this year, but with this agreement, full regulation might happen as soon as mid-2015.

Marja Appelman, the Chief Executive Officer (CEO) of the Dutch betting and gaming authority Kansspelautoriteit made public comments following the signing of the letter of intent.

Appelman said that the signing of this document is a vital move forward for development and unity of regulation practices among countries that wish to legalize online gambling and poker. She stated that understanding best practices will assist in the process the Netherlands for full regulation.

Appelman went on to say that the accord will create tangible benefits for online casino and poker room operators as well as consumers.

Malta Lotteries and Gaming Authority Chief Executive Officer Joseph Cuschieri also made comments to the press about the historic pact. He said that this letter of intent is proof positive that both jurisdictions recognize the mutual principles in the regulation of online gaming. The agreement, according to Cuschieri, will assist in consumer protection and ensure a responsible and safe provision of gambling services applied through strong monitoring systems.

Back in November 2013, the Netherland’s regulation authority’s chairman Jan Suyver stated to the media that he wanted the Dutch authority to find strong cooperation among counterparts in Europe. Stating that the gambling authority Kansspelautoriteit would work closely with colleagues in other countries was a clear signal that the Netherlands was working, quite methodically, towards a full regulatory environment. Suyver had warned that true cooperation would only come once Dutch law came into fruition.

Agreement Comes After Meeting in Brussels

The signed letter of intent comes one month after a meeting in Brussels during the Meeting of the Group of Experts on Online Gambling, which was organized by the Directorate General Internal Market Services at the European Commission. The meeting, which was attended by various European gambling authorities, chiefly discussed possibilities to improve supervision and administrative cooperation between various countries in Europe.

The Netherlands is expected to adopt new legislation for online gambling and poker sometime in 2015 and this agreement is seen as a huge step forward in that effort. According to various reports, the new framework will create a regulated environment for both nationally-based and international operators to apply and be awarded a state-given license to operate. According to a report from July 2014, the new gambling laws will include a 20-percent gross revenue tax for online gaming operators, which is lower than the 29-percent that land-based casinos currently pay in the Netherlands.When the regulation language was drafted stating that online operators would pay less taxes than land-based ones, local casinos expressed strong criticism of the proposed legislation. They even went so far as to purportedly accuse Kansspelautoriteit to be unreasonably expensive and creating an environment that threatens their continued existence.

Good day! I could have sworn I’ve been to this site before but after browsing through some of the posts I realized it’s new to me. Nonetheless, I’m definitely pleased I discovered it and I’ll be book-marking it and checking back often!