DraftKings and FanDuel Could Finalize Merger within Days 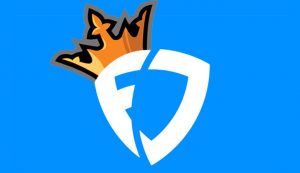 DraftKings and FanDuel could be about to merge but would the regulators step in to veto a deal on the grounds that a combined company would be too dominant? (Image: SportsGrid.com)

DraftKings and FanDuel could be close to announcing a merger that would create a daily fantasy sports powerhouse with a 90 to 95 percent market dominance.

Sources who spoke to ESPN on Friday said that the two companies had been in talks since January but had been hampered in their plans to merge by unresolved charges of consumer fraud and false advertising, brought last December by the New York AG’s office.

These charges were settled last week for $6 million apiece, and now the finalization of the merger talks are described as “imminent.”

Private investors in both companies have been angling for consolidation for some time, largely because of the amount of money the companies spend on attempting to out-market one another while offering a very similar service.

In 2015 the sites collectively spent around $200 million on TV advertising alone, which means the cost savings from a merger could be expected to be hundreds of millions in a matter of a few years.

But there are also costs associated with the current DFS climate that could be alleviated by joining forces. While 2015 was all about a big-money marketing blitz, this year DraftKings and FanDuel have spent tens of millions of dollars in legal and lobbying fees, fighting their cause in various states across America.

So much so, that they are beginning to crack under the burden. Both sites are reported to be cash-strapped and “having difficulty meeting their day-to-day obligations,” according to sources who spoke to the New York Post last week.

They are known to be months behind with payments to suppliers, as well as the aforementioned lawyers and lobbyists, and it was recently reported that DraftKings had been forced to lay off around 60 members of staff.

But a DraftKings spokesperson remained tight-lipped when he spoke to ESPN on Friday, stating that, while a potential combination would “interesting to consider,” his company would not comment on “rumors” as a matter of policy.

“There can be no assurances at this time that any discussion about a combination would result in an agreement or merger,” he added.

There is also always the possibility that, should a deal be agreed to, it would be vetoed by the Federal Trade Commission (FTC) on the grounds that a combined company would be too dominant of the available market share.

“There are of course good arguments about why such a merger is in fact in the interest of the consumer: pooled liquidity, higher prize pools, etcetera,” gaming attorney Jeff Ifrah, told ESPN. “But that has not always been enough to shut down FTC scrutiny.”