Poker media, including CardsChat, reported earlier this week that 10-time bracelet winner Doyle Brunson would be retiring from the game after the $10,000 2-7 lowball draw event at the WSOP on Monday. 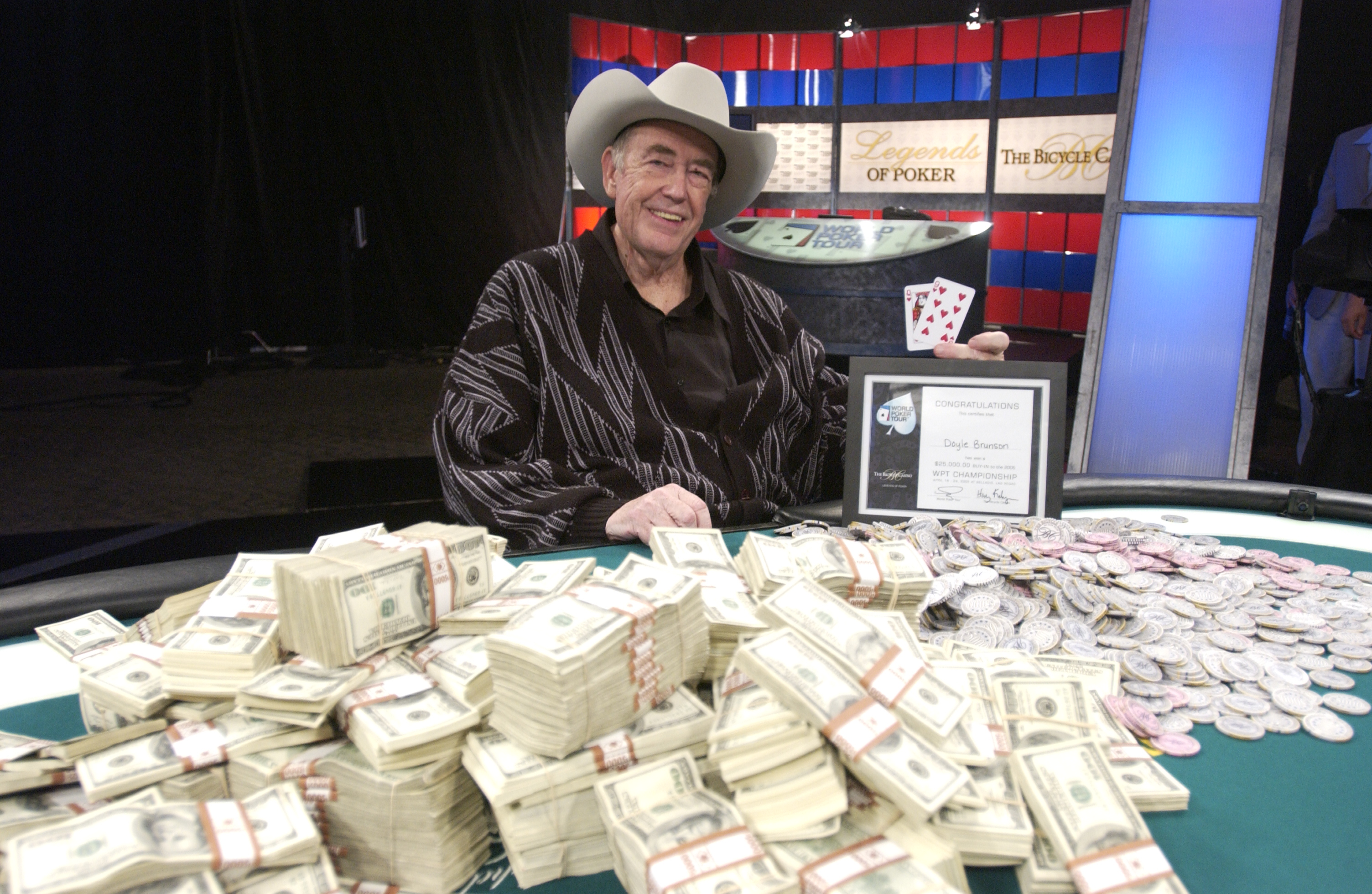 Doyle Brunson clarified his comments about retiring, saying he isn’t certain about his future in poker. (Image: WPT)

But the poker legend now says those reports were blown out of proportion — kind of — and that his retirement isn’t “set in stone,” taking a page out of former NFL quarterback Brett Favre’s playbook.

I didn't mean to make such a fuss over my "retirement". I meant probably no more WSOP tournaments. That isn't written in stone however. When they start the mixed games on high stakes poker, I'll be there. Probably not so much cash games but I appreciate all the nice thoughts.

It turns out Texas Dolly has a lot in common with Favre who, for years, couldn’t decide if he wanted to retire or continue playing football until after the 2010 season when he finally called it quits for good.

The Brett Favre of Poker?

Poker isn’t as physically demanding as professional football and Doyle has continued to play at a high level into his 80s, unlike Favre who was forced to retire from his profession at age 41. But there are some similarities in how the two stars have handled the media in the late stages of their careers.

After each of Favre’s final years, the sports media would ask him if he’s ready to retire to which he typically gave a non-committal response. Take a look at what the gunslinger told ESPN following the 2008 season.

“There are several things that went into the decision but most importantly, the most important thing, was that physically, you know with my shoulder the last half of the year it hampered the way I play,” Favre said. “I’m 39, I had several options to have surgery and to let it heal. How that would affect me in terms of playing I had no idea and it wasn’t something I was going to risk.”

On Sunday, Brunson had similar comments on social media and to poker journalists. He posted on Twitter this message.

He then told Poker Central, CardsChat, and other poker media that he’s planning to call it quits after the summer to spend time with his wife of 57 years, Louise, whom he has suggested (without giving details, publicly) is facing serious health concerns.

He Could Be Back, or Not

Upon Brunson’s announcement, many poker players and fans sent him well wishes. After Favre “retired” in 2008, his head coach with the New York Jets, Rex Ryan, said, “I wish him only the best in his life after football.”

Favre went on to play two more seasons in the NFL, much like it appears Brunson, to the delight of the poker community, may do despite reports of permanent retirement earlier this week.

Texas Dolly, also known as the “Godfather of Poker,” in response to a well-wishes tweet from 2003 WSOP Main Event champion Chris Moneymaker, clarified that his supposed retirement was “taken a little out of context,” and said he will continue playing but “probably no more WSOP events.”

With Louise Brunson sick, the 84-year-old poker legend says he “feels guilty” when he leaves the house to play poker, and wants to spend more time with the woman he loves. And who could blame him?

But was his 7th place finish earlier this week in the $10k 2-7 event his last poker tournament ever? Will we see him again on a “Poker After Dark” cash game? Is he going to continue grinding the nosebleed games in Bobby’s Room at Bellagio? Or, are his days as a poker regular over for good?

These were similar types of questions the media pondered during Favre’s final few seasons. With Brunson, the poker community is unsure the answers to those questions.

Perhaps, Texas Dolly will clear things up in the coming days. Either way, he’s as much of a legend on the felt as Favre was on the gridiron. He’s earned the right to do it his way.

I do not think he needs to retire, I think he does what he really likes and he’s very good at what he does, he’s a living legend and the greatest representative of the old school

A player like him does not retire from poker, maybe because of the age he does not go to big events, tournaments, because it must be a bit complicated for his health, but he will play poker forever, he won nothing, nothing that 10 bracelets that is not for anyone. He will play with friends, and certainly in tournaments that there is not great disputes can believe in it.