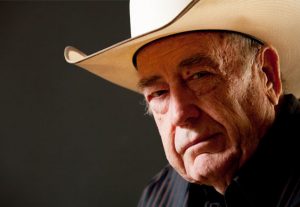 Doyle Brunson had another successful battle with cancer. (Image: Bluffeurope.com)

Doyle Brunson is a tough man. Arguably the most legendary poker player of all-time, and maybe even the greatest depending on who you ask, Texas Dolly recently had another tough opponent on his hands…cancer.

And just like he’s done at the poker tables for the past 50 years, Brunson came out on top. This was his sixth bout with cancer and his sixth victory. That’s a run even players such as Dan Cates and Tom Dwan would have a difficult time pulling off in heads-up matches.

Doyle had a successful surgery to treat skin cancer. He’s now had more than a dozen major surgeries in his life. In March 2015, the poker legend went through treatment to remove the cancerous skin on the top of his head. His recent surgical procedure was to remove skin cancer on his face.

Brunson is the father of another poker legend, Todd Brunson, a current member of the Rome Emperors of the Global Poker League. Todd doesn’t have near the poker resume of his old man but he has done quite well.

Texas Dolly is now 82 years old and no longer plays in tournaments. After the 2013 World Series of Poker, he vowed to quit tournament play due to his age. Tournaments are long and grueling, which is why the younger players are more successful in that form of poker.

But he hasn’t given up playing the game he loves. Doyle still competes in high stakes cash games in Bobby’s Room at the Bellagio in Las Vegas. As he’s always said, “we don’t stop playing because we get old, we get old because we stop playing.”

Despite numerous cancer treatments and health issues, The Godfather of Poker refuses to ride off into the sunset in his mobile wheelchair. Last summer, he competed in the Super High Roller Cash Game in Las Vegas, televised on Poker Central.

In that cash game, Brunson showed he can still compete with the likes of Phil Ivey, Jean-Robert Bellande, and others. To many, age is just a number.

Doyle has one of the most impressive poker resumes ever. The 1976 and 1977 WSOP Main Event champion has 10 gold bracelets. Only Phil Hellmuth has more (14). Johnny Chan and Phil Ivey also have 10.

He has 36 career WSOP cashes, his last in 2013. At age 80, the legend capped off his tournament career by cashing in the Main Event. He finished 409th place, outlasting nearly 6,000 other players.

Brunson also had some success on the World Poker Tour. He won a WPT event in 2004 and finished at the final table three times.

Brunson refuses to get old because he won’t stop playing. But his days as a tournament player are long gone. So is the skin cancer he recently battled.

Great poker player- i watched a documentary about his life and poker life when poker just start playing and other things, that was so amazing.
One of THE best poker players of all time and best poker ambassador.