Doug Polk: Dan Bilzerian Lied About How Much He’s Made Playing Poker

Doug Polk isn’t one to shy away from controversial issues on his popular YouTube channel. The poker pro recently posted a video on millionaire Dan Bilzerian, a man who allegedly made upwards of $50 million playing poker. 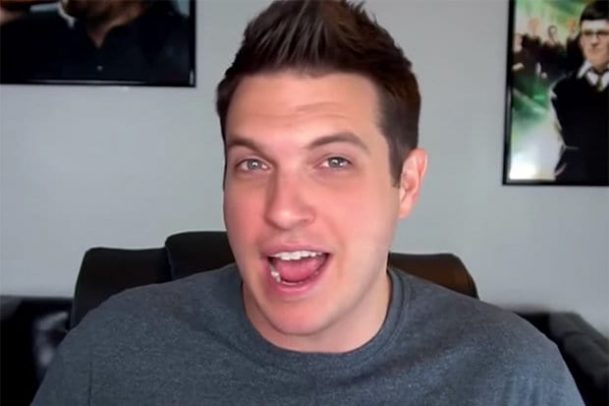 Many have questioned the accuracy of Bilzerian’s claim. Did he inherit his wealth from his father? Is he actually a great poker player or a fraud?

Bilzerian, playing under Bill Perkins’ account (which is a rules violation, by the way), streamed the heads-up play live on Twitch. Polk wasn’t exactly complimentary of the quality of play.

If you’ve ever watched any of Polk’s poker hand analysis videos, you know he’s a proponent of aggressive play. But he frowns upon those who are too aggressive.

In the video, titled “The Truth About Dan Bilzerian’s Poker Ability,” he showed some hands where Dan played the hand too aggressively. There was one hand where he raised the flop, bet big on the turn, and then shoved all-in on the river with nothing.

The flop had two aces, making it unlikely his opponent would have called the raise with anything but an ace. But that didn’t stop Bilzerian from continuing to bet all streets, costing him his entire stack.

Where Did He Make His Money?

Bilzerian lives what many consider a dream life. He owns a mansion in Los Angeles, parties with celebrities, sleeps with beautiful women, and plays poker. But the question remains: where did he get his money?

He claims the money came from poker. Others disagree. Polk, in his recent video, made it clear he doesn’t believe him.

“His dad, who had a lot of money from corporate raidings in the eighties, went to jail and was forced to pay something to the tune of a fifty or sixty million dollar fine, which he only ended up paying a few million. So, the money is missing and we just don’t where it went,” he said. “Dan, however, sticks to the story he made all of it from poker. And, while that seems very unlikely to me, we’re never going to know for sure because he does play a lot of high stakes poker, and probably has won a lot of money there as well.”

Polk has never played poker with Bilzerian. So, his analysis was based mostly on the hands he viewed during the Twitch stream.

But he made it clear that he doesn’t believe Dan made all, or even a large portion, of his money from poker.

Bilzerian seems to be a poker whale, a beard one 😀 !

Basing someone’s poker skills off of one session is just ignorant. But yeah, he’s probably right.