Brynn Kenney vs. Doug Polk HU4ROLLZ? Don’t Bet on It

Doug Polk and Bryn Kenney both claim they want to face each other in a high-stakes heads-up battle. But it appears there won’t ever be a card dealt due to a disagreement about the format. 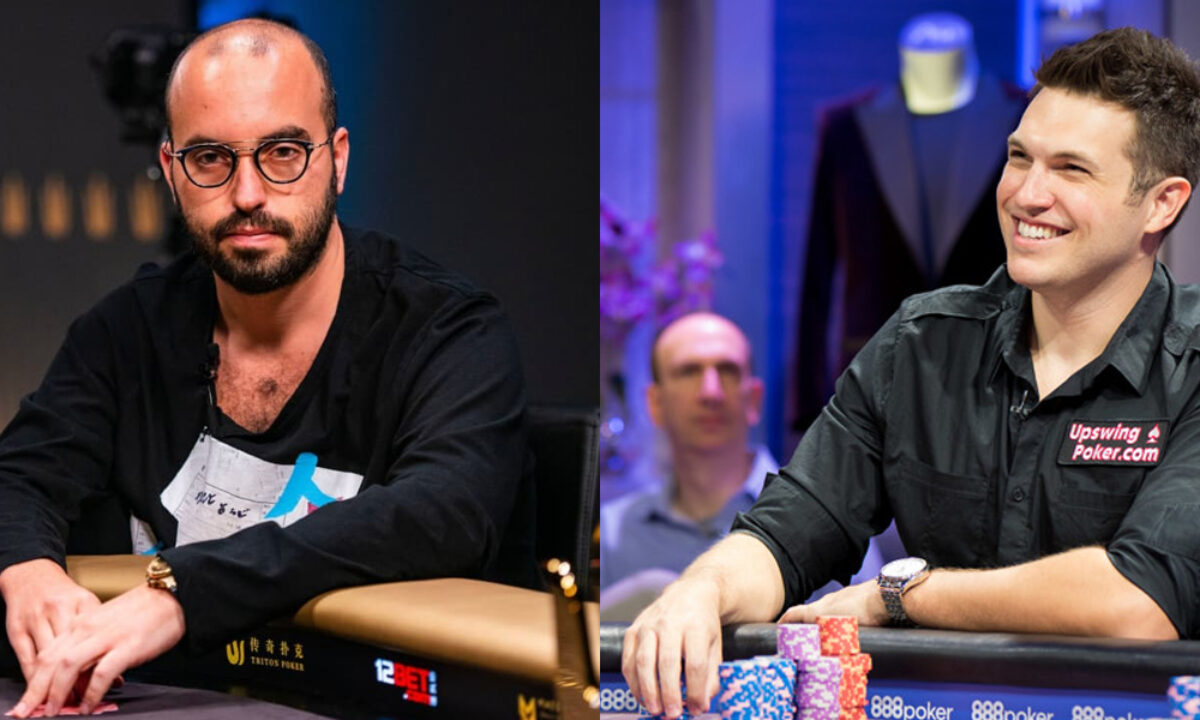 Bryn Kenney (left) vs. Doug Polk (right) would be an interesting heads-up match. Too bad it probably won’t ever take place. (Image: italianpokerclub.com)

Polk’s specialty is heads-up No-Limit Hold’em, mostly online, and he’s widely considered one of the best ever in that format. Kenney, on the other hand, is one of the all-time live multi-table tournament crushers, having cashed for a record $56.4 million.

Both players have been feuding on Twitter recently, perhaps baiting each other into a heads-up match. The Upswing Poker founder offered up a challenge, to which Kenney accepted. Kind of.

@DougPolkVids I accept your heads up challenge, 1 million dollar high stakes duel just like they do it. Winner gives atleast 20% to charity.

“@DougPolkVids I accept your heads up challenge, 1 million dollar high stakes duel just like they do it. Winner gives atleast 20% to charity,” Bryn Kenney tweeted.

The only problem with his acceptance is that he actually declined the offer. Polk challenged him to a lengthy online high-stakes heads-up battle, not the high-variance sit-n-go format played on PokerGO’s High Stakes Duel show, in which Phil Hellmuth is unbeaten through six matches against Antonio Esfandiari and Daniel Negreanu. Polk, as expected, declined the format offer, along with the charity component.

“Are you talking about playing a husng? Not what I challenged you to, but I could see why you’d want up the variance. Can we cut the bullshit on trying to include charity to make yourself look better? If I’m playing you its to take your money, not for the betterment of society,” Polk responded.

Kenney then fired back, letting his new rival know that he has no time nor inclination to play a long, drawn out battle that would require months to complete. He said he wants to play a one-day match for $1 million and to “give people a good show.”

Polk, however, made it clear he has no interest in a high-variance battle for such a large sum of money, and he refuses to donate his winnings to charity. He wrote that his only purpose in playing is to take Kenney’s money, to which some poker fans were critical.

“You’re convinced the only reason people give money to charity is to make themselves look good? Jesus, what a stingy, selfish and straight up incorrect attitude to have. Says a lot about you,” Twitter user @TheRealJoeField wrote in response to Polk’s tweet.

Polk successfully baited Negreanu into a 25,000-hand challenge in 2020, but it appears his feud with Kenney will remain on Twitter and never materialize into a poker game. They are two separate types of poker players — one specializing in tournaments and the other in the heads-up format. If they agreed to a sit-n-go style, one-day match, luck would be a more significant factor than if they played 25,000 hands of cash game poker online, and Polk wants to avoid such a scenario. Doing so would minimize his supposed edge.