Donald Trump and his male member hit the headlines big time last week, following the latest Republican debate. Now Daniel Negreanu is looking for evidence of the GOP frontrunner’s bold claim that he doesn’t, in fact, have small hands or, ahem, small anything else, either. 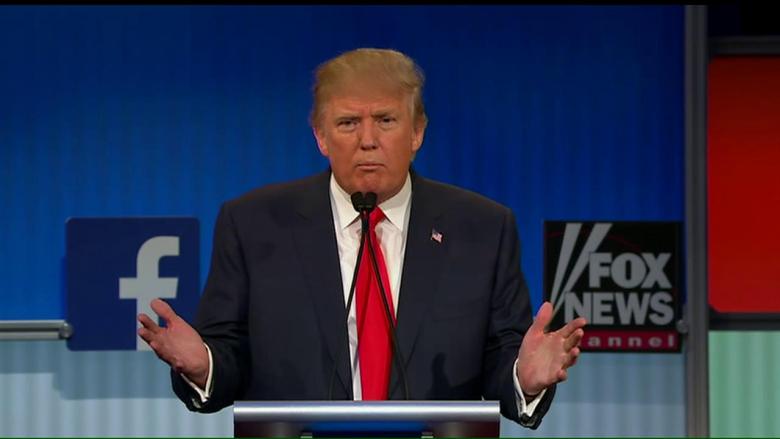 The rich could get richer, as Daniel Negreanu has offered to pay $100,000 for evidence of Donald Trump’s Johnson, with the verification method to be determined. (Image: insider.foxnews.com)

For those who live under a rock and haven’t followed the liveliest presidential race in recent memory, Trump felt compelled to defend the size of his manhood at last week’s debate, after Florida Senator Marco Rubio commented on the (small) size of his hands in a recent speech.

Trump and Rubio have been going back-and-forth during their speeches for a number of weeks, with the former often calling the latter “little Marco.” Following those jabs, Rubio followed up with one of his own during a rally in Bentonville, Arkansas.

“I’ll admit he’s taller than me. He’s like six-two, which is why I don’t understand why his hands are the size of someone who is five-two. Have you seen his hands? They’re like this. And you know what they say about men with small hands? You can’t trust them,” said Rubio.

Of course, we all know what people really mean when they refer to the size of a man’s hands, and Trump, who’s ego, at least, we know is large, jumped to his own defense in front of the entire world.

Addressing the issue in his typically direct manner, Trump not only defended the actual size of his hands, but his family jewels.

“Look at these hands, are these small hands?”

He then went on to say that following Rubio’s implication that small hands might mean Trump was small in other areas that there was “no problem” down there.

As you’d expect, such a claim not only had the mainstream media gobsmacked, it also piqued the interest of Daniel Negreanu. Because as we all know, there is nothing poker players love more than a good prop bet.

Negreanu hopped onto Twitter following the debate and asked Trump to put his money where he member is.

“I challenge @realDonaldTrump to release a dick pic to prove it’s of average size or more. I will donate $100,000 to a charity of his choice,” tweeted Negreanu.

As news of Negreanu’s offer spread across Twitter, details of how an image could be verified (people suggested Trump could use Photoshop) were gradually hammered out by the KidPoker’s adept followers.

Using their acute understanding of prop bets and how they should work, it was eventually agreed that Negreanu would have to view Trump’s “little big man” in person. Not only that, but for the offer to have any real traction, Negreanu should up it and consider sending the money to Trump himself.

The Donald has yet to respond to the offer. However, judging by the way this year’s presidential debate is panning out, we certainly wouldn’t bet against him rising to the challenge in the coming weeks.

The problem is not the size of his hands or his member, is the size of his ignorance and uncontrolled mouth that makes him insult everyones including women, blacks, latinos and the Pope himself, etc.

Negreanu… the voice of poker. Represent (pfff)
What a totally ridiculous thing to have come up at the debate. What a bunch of clowns!