If we see any world leaders at the final table of this year’s WSOP main event, it would probably be the poker story of the century. According to President Donald Trump, at least one international chief executive might be up to the task. 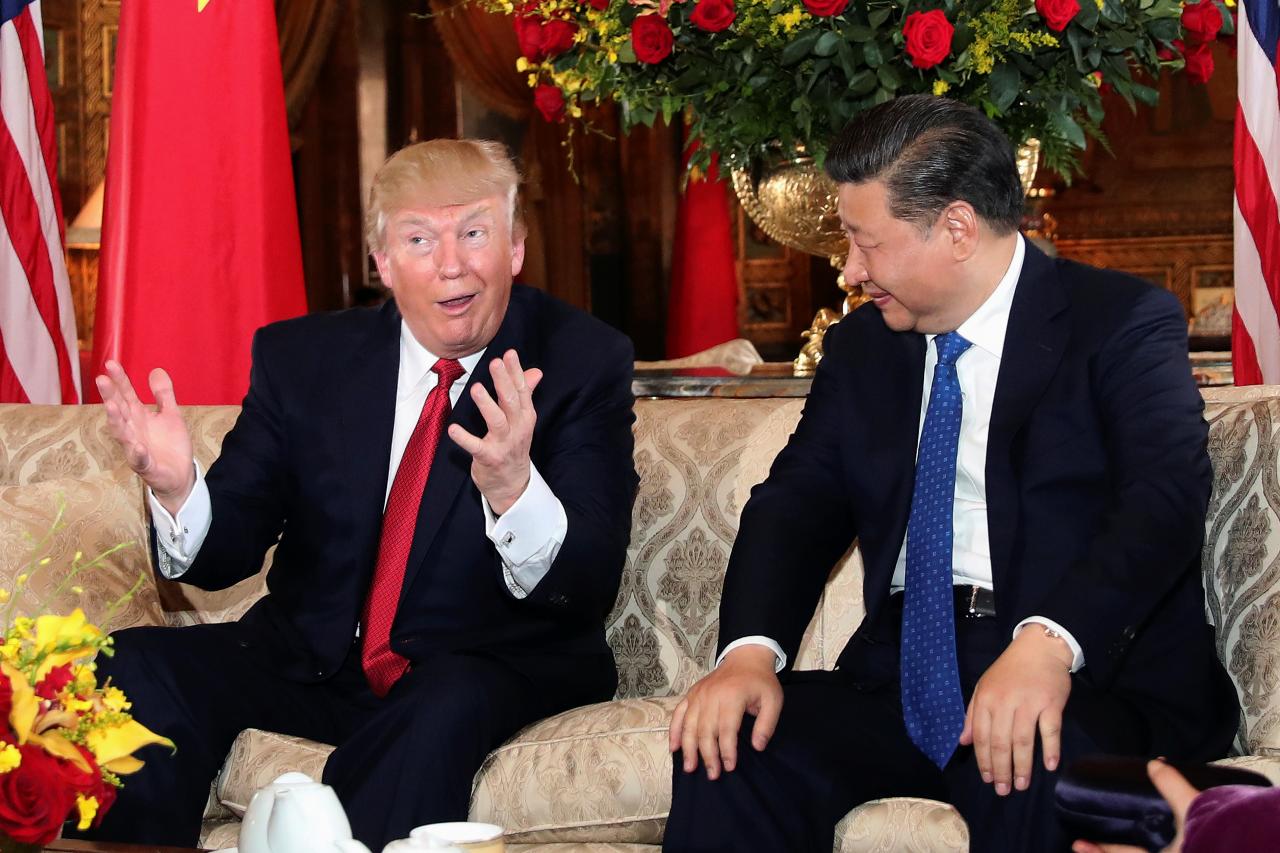 President Donald Trump and Chinese President Xi Jinping talk at Mar-a-Lago during an April 2017 visit. There’s no word on whether or not they played cards, or what game they were playing if they did. (Image: Carlos Barria/Reuters)

Trump made headlines during a joint press conference in the Oval Office with South Korean President Moon Jae-in on Tuesday, when he implied that Chinese president Xi Jinping might have what it takes to be a high-stakes grinder.

The comments were made in relation to a change in attitude from North Korean leader Kim Jong Un, who has taken a less cooperative stance with the United States and South Korea in recent weeks after signs that relations had been warming between the countries. Trump made a connection between that perceived change of heart and a surprise early May visit from Kim to China.

“I think there was a change in attitude from Kim Jong Un after his meeting with Xi,” Trump said to the press. “President Xi is a world class poker player. Maybe nothing happened, I’m not blaming anybody. But there was a different attitude from the North Korean folks after that second meeting.”

Trump’s off-the-cuff statement came during a visit by Moon that was meant to urge Trump to attend a meeting with Kim that was scheduled for June 12 in Singapore. However, both Kim and Trump have made suggestions that the planned summit might not happen after North Korean leaders released a publicstatement threatening to pull out of talks entirely.

History of Presidents and Poker

While Trump may have wanted to praise Xi’s poker face, he probably doesn’t expect to see the Chinese leader across the table from Phil Ivey or Daniel Negreanu anytime soon.

After all, President Xi doesn’t seem to be much of a poker fan. While the game may be growing in popularity throughout China, with Macau hosting some of the juiciest cash games on the planet, the Chinese government has recently announced its intent to ban social poker apps and other products on major social media platforms that are considered to be promoting the game.

By contrast, Trump is known to have his dabblings with poker. Trump Taj Mahal in Atlantic City was once considered one of the best poker rooms on the East Coast. He has also compared dealing with North Korea to “a very, very hard game of poker,” saying that “you don’t want to reveal your hand.”

While Trump seems to have an admiration for the game, there’s little evidence that he’s much of a player, at least not compared to previous US presidents.

Stories about presidents playing poker date back as far as Abraham Lincoln, though we know much more about the card playing habits of more modern leaders. Warren Harding was known to host twice-weekly games with members of his administration, while Harry Truman has a special chip set made that featured the presidential seal.

Richard Nixon famously earned at least some of the money that funded his first Congressional campaign through poker winnings, and continued playing up through his time as president. More recently, Barack Obama was known to have played low-stakes poker while he was still a state senator in Illinois, though there’s no word on whether he hosted games in the White House.

He would propably be a lot better at poker than Trump, Xi doesn’t bluff on Twitter like Trump does.

wow did not know that presidents like Nixon and Obama liked and had played poker with bets; and even so the United States is forbidden to play or at least this is very difficult if you are a citizen of the United States playing in some poker rooms.