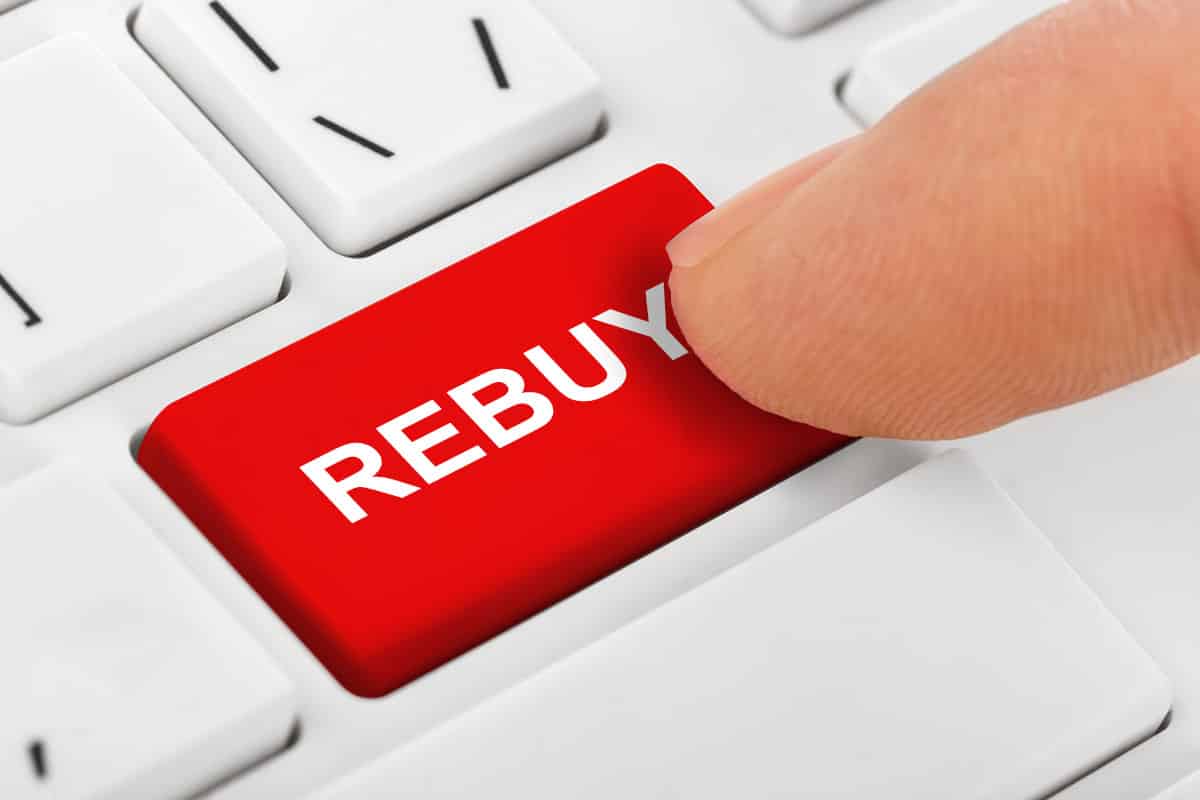 For  some players, it’s easier than others to take multiple chances at winning a big event. (Image: upswingpoker.com)

That prompted 2012 WSOP Main Event champion Greg Merson to suggest that unlimited re-entry tournaments give well-bankrolled pros an unfair advantage over recreational players. So, is his line of thinking correct?

CardsChat News spoke with experts for their take on the debate currently taking place on Twitter, posing the question of whether this modern era tournament format phenomenon is good or bad for the game?

Merson knows where he falls on the matter, and he’s not alone.

I love @aliImsirovic but do we not see a problem with RE @WSOP when one of the best players in the world is able to enter 7 times into a single event and ends up winning? Amateur players have no shot at beating the best multiple times in these fields.

The issue at hand isn’t just whether better bankrolled players have an advantage in unlimited re-entry tournaments over recreational players. Because even if that answer is “yes,” it doesn’t necessarily mean that type of format is bad for the game. There are multiple factors to consider, and that raises several additional questions.

Playing by the Rules

Imsirovic did nothing illegal in winning his Circuit ring. He simply took advantage of a rule that, as ESPN’s Norman Chad told CardsChat, “favors bigger bankrolls and professionals.”

The WSOP Circuit event allowed for unlimited re-entry, meaning players busting out early could get back in the action until registration closed, after Level 12, so long as they had another $2,200 to spare. Ali bought in seven times, costing him more than $15,000.

That’s pennies to someone like Imsirovic, who has $4 million in cashes over the past couple of years. But few recreational players have the disposable income, let alone poker perseverance, to take so many shots. For them, once their initial stack is gone, so are they.

Many players, including Merson, contend this structure gives well-heeled pros an unfair edge.

Think of it this way. Imagine Mike Trout getting a fourth strike every at-bat simply because he’s, arguably, the best player in baseball. Or, Tom Brady receiving favorable calls from the refs that don’t also benefit the opposing team. Wait, that already happens (easy, Pats fans, don’t send your hate mail).

The point is unlimited re-entry and rebuy tournaments (there’s a difference, see below) clearly favor those with hefty bankrolls because if they suffer a bad beat or make a mistake, they can just buy their way back into the action. If Trout, after every third strike got a pat on the back from the umpire telling him, instead of walking back to the dugout, give it one more go, he’d win the batting title every year with little competition.

“Why should one entrant have, say, four chances to accumulate chips and win while most entrants have only one chance?” Norman Chad asked.

Up until the poker boom era, nearly every poker tournament in the world was a freezeout — meaning once a player busted, their tournament was over. There was no option to purchase additional chips to keep on playing.

The WSOP first introduced rebuy tournaments in 2003, and offered them through the 2008 World Series. That year Las Vegas pro Layne Flack bought into a $1,500 no-limit hold’em event a record 24 times — and eventually won the bracelet and more than $570,000 for his efforts.

The next year, in 2009, the WSOP eliminated rebuy tournaments. But by 2012, they would discover the re-entry tournament, where a player who busts doesn’t just rebuy to keep going, but they can leave the tournament and come back in as if they were a totally new player.

At the 2012 WSOP, just one $1,500 no-limit hold’em tournament was a re-entry event. Just about everything else was a freezeout.

But this coming summer, fewer than half of the bracelet events will be freezeouts.

Seth Palansky, Vice President of Corporate Communication for Caesars Entertainment, told CardsChat that despite some backlash from some within the poker community, the World Series of Poker has a need for different tournament structures.

“The WSOP has thought long and hard about this issue and we believe we’ve come up with an offering that provides any poker player with a ton of options and tremendous value,” he said.

Palansky says his team is “mindful” of different types of players that compete in the WSOP and suggests they must “tailor our offerings accordingly.” Plain and simple, the decline in freezeouts, according to Palansky, is due to market demand.

The World Poker Tour, arguably the second most important poker tour in the world, has adapted a similar philosophy. Supply and demand, folks.

While Norman Chad and others strongly oppose re-entry tournaments — unlimited or otherwise — there’s no denying they offer at least some benefits to the game.

In the early days of the WPT, all Main Tour events were of the freezeout format. But they were expensive to enter — usually $10,000 or higher. That left most amateurs on the sidelines.

Even those who won their way in via satellite didn’t necessarily have another satellite win in their pocket before tournament cards went in the air.

So, to give more players an opportunity to compete, the WPT began offering re-entry tournaments at a lower cost. Because of the re-entry format, the prize pool would remain high despite the cheaper buy-in.

For tournament reporters, however, it became more difficult to know how many players actually entered a tournament, as event organizers made it a habit of only reporting total entries, and not distinguishing how many of those were re-entries.

Another example of how the re-entry structure benefits the game is the WSOP’s $565 Colossus. In 2015, poker was years beyond its peak. But thanks in large part to the unlimited re-entries, the Colossus set a world record with 22,374 entries.

We don’t know how many individual humans that meant, though, as WSOP.com only reported “around 5,000 to 6,000” in each flight.

What Is the Difference Between Rebuy and Re-Entry Tournaments?

In a tournament with unlimited rebuys. a player who goes bust, or just below a certain threshold, can simply yell out “rebuy!” to purchase new chips and keep playing from the same seat and table where they presumably lost the last big chunk of their stack.

In a re-entry tournament, players have to be fully felted before they can start all over, as if they were a new player altogether. The cost for a new stack of chips is the same, and the house fee also is the same. Upon going back to the cage for their next chance, there is no guarantee they’ll end up in the same seat.

Some players contend the key difference is that a rebuy tournament was good for the players, while a re-entry event is good for the house.

Good for the Goose, but Not for the Gander?

There is no general consensus from the poker community on the re-entry issue. But, based on social media posts we read and the pros we spoke with, it does appear that many oppose unlimited re-entries. However, most seem fine with capped re-entries.

“I think (unlimited re-entries) is bad for recs,” she argues. “So, long-term, it’s short-sighted.”

Matt Vaughan, a vlogger and successful tournament player, offered a different perspective. He argues that re-entries “accommodate folks who may only be in town for one or two tournaments.”

But he also believes capping re-entries to “something reasonable” makes sense.

“I think two or three entries per flight is overall pretty fair,” he said. “Or, at least a good middle-ground type of compromise to no re-entries or unlimited re-entries.”

Greg Merson won poker’s most prestigious event in 2012. The WSOP Main Event still is a $10,000 freezeout. He hinted that he doesn’t oppose limited re-entries in one comment, but also clearly isn’t enthusiastic about the format.

I believe tournaments should be the fair playing field that they were meant to be. Everyone starts with same chance to win.

What Have We Learned?

The original purpose of our research was to determine if unlimited re-entries hurt or help poker. But we’ve discovered that it all depends on your perspective.

If you’re a tournament operator, you love that unlimited re-entries bring in more money for the house. The WSOP generated $1,118,700 in rake from the 2015 Colossus, which is insane for a low buy-in event.

Many high-stakes pros enjoy the format because they can use it to their advantage against less financially stable recreational players. And, as Vaughan suggests, some recs may benefit from this type of structure if they only plan to be in town for a few days. No poker player wants to travel to a tournament location only to bust and go home after a few hours of play.

But there are also those at all levels who feel unlimited re-entries harm poker. They see pros such as Imsirovic gaining what they perceive to be an unfair advantage simply because they have more money in the bank than most competitors.

If Mike Trout doesn’t get a fourth strike, why should Ali Imsirovic get seven at-bats to win a poker tournament?

Hey. I find it unfair to re-enter, but on the other hand, go to the tournament without re-entering! There are a lot of tournaments now! D entri, who likes to let go! Of course Re entri gives a psychological advantage what type I invested 2 times so I get there, as legend has it.But if you do not give it is rage or decline. Oh. I prefer the usual tournaments and try not to go again, so if you lose then lost and there is nothing to look for other ways, again, it all depends on the situation! Thank you!