PokerStars invited a special celebrity guest to play in the 2017 PokerStars Championship Barcelona €5,300 Main Event earlier this week. That man was 27-year-old Anton Zaslavski, who is better known to the masses as multi-platinum Grammy-award winning DJ Zedd. 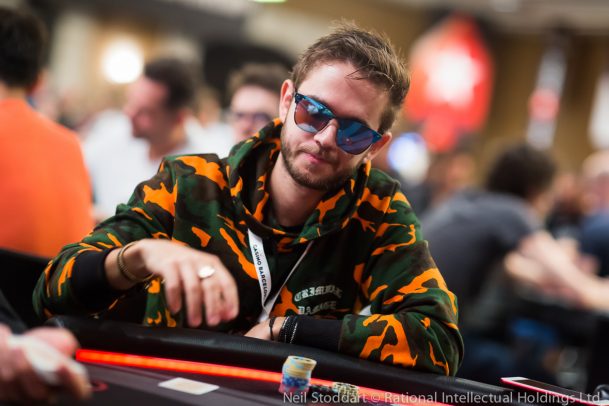 Zedd, who has nearly six million followers on Twitter, grew up in Germany, but now travels the world as one of the most in-demand electro house music artists. He’s also an accomplished producer having worked with the likes of Alessia Cara and Ariana Grande. In 2014, he received the “Best Dance Recording” Grammy  for “Clarity,” featuring Foxes.

“It’ll be something new for me to attend a tournament as huge as PokerStars Championship Barcelona,” Zedd said when it was first announced he’d be playing. “I’m looking forward to experiencing the atmosphere and playing against some of the world’s greatest poker players.”

Unfortunately for Zedd and his legion of fans, live updates from his first major poker tournament failed to capture his bustout hand, but they did note he was gone in Level 4(150/300/50). It wasn’t a great performance, but he did outlast Niall Farrell, Jason Wheeler, and chess master Jeff Sarwer.

“I loved it. Had a drink, talked to some people, found out who they are,” Zedd told poker reporter Sarah Herring. “I obviously don’t play poker that much, but the experience I have are fairly quick tournaments, that’s what I always play. Whenever I play at home, it’s usually pretty quick so I’m used to being under pressure. It felt a little easier for me than the long tournaments.”

In addition to poker, Zedd played a 90-minute set during the PSC Barcelona Player Party at Opium Barcelona.

Zedd wasn’t the only celebrity in the Barcelona poker house. Football star Gerard Piqué fired two bullets in the €25,500 Single-Day High Roller, which was won by poker pro Stephen Chidwick. Hollywood A-lister Kevin Hart was slated to play but ultimately decided not to drop into Spain so soon after the recent Barcelona terrorist attack.

Among the pro poker studs in attendance were Viktor “Isildur1” Blom, Daniel Negreanu, and defending champ Sebastian Malec, who last year gave CardsChat an exclusive interview regarding his win.