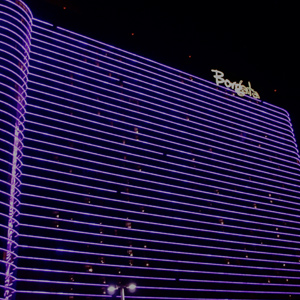 The first event of the Borgata Winter Poker Open was shut down by the New Jersey Division of Gaming Enforcement due to the introduction of counterfeit tournament chips and then subsequently canceled.

The Borgata Winter Poker Open began last week with much anticipation and excitement, as the series looked to be one of the largest to date. Since the Borgata’s partnership with PartyPoker was growing into a quick success and players were winning seats to the live tournaments through online satellites, the series looked to benefit. But then the tournament was shut down before the third day of the first event and will not be played to a winner.

According to the New Jersey Division of Gaming Enforcement, counterfeit tournament chips were introduced into the tournament at some point during the first few days of play. Because of this, the tournament had to be canceled with only 27 players remaining out of a starting field comprised of 4,812 entries. CardsChat News first broke the story a few days ago here.

Event 1 was a great start to the Borgata Winter Poker Open with a $560 Big Stack No Limit Hold’em Reentry tournament boasting a $2 million guarantee. With three starting flights for entry, there were a total of 4,814 entries when registration ended, and the prize pool had soared to $2,325,835. The top 450 players were to be paid with $372,123 set aside for the winner.

Day 2 brought 867 players back to the tables and thinned the field into the money. By the end of the fast-moving night, Men “The Master” Nguyen had exited in 28th place and the final 27 players bagged their chips.

The staff was preparing for the start of Day 3 on Friday, January 17 when Borgata officials joined members of the Division of Gaming Enforcement on the tournament floor. Borgata Senior Vice President of Operations Joe Lupo told the media, “We have reason to believe the tournament was compromised. There’s nothing more important than ensuring the integrity of the tournament. All other tournaments are moving forward with full confidence.”

By the following day, more details had emerged. One or more players had introduced counterfeit chips into the tournament, valued to be as much as one or more million in chip value. The chips were so entangled with others that there was no way to immediately know when they were introduced into play or by how many persons.

Soon after, the Division of Gaming Enforcement ordered the cancelation of the tournament and the suspension of all further payouts to the final 27 players until the investigation was completed. Borgata was working with the DGE to resolve the situation and Borgata President and COO Tom Ballance noted, “Thus far, investigators have found that one or more tournament entrants improperly introduced a significant number of counterfeit chips into the tournament, gaining an unfair advantage and compromising the integrity of play for the event. It is extremely unfortunate that the criminal actions of these individuals can have a detrimental impact on more than 4,000 other entrants.”

The Borgata has a lot at stake in the matter of the counterfeit chips. The Atlantic City casino is one of the most popular gambling resorts in the country, as well as one of the favorites for tournament poker players. The company also recently launched an online gambling site with partner bwin.party, and the site was just revealed to be the most popular among casino and poker players.

In addition, PartyPoker only this month signed a massive sponsorship deal with the Philadelphia 76ers, New Jersey Devils, and Prudential Center in New Jersey. The high-profile deal was major news and looked to put PartyPoker on an even higher pedestal in the United States gaming market. The World Poker Tour is also an integral part of the picture, as it is owned by PartyPoker and not only scheduled to host the Borgata Winter Poker Open Main Event in February, but the April WPT World Championship as well.

It is safe to say that the Borgata, as well as the entire state of New Jersey, is concerned about the actions at Event 1 of the series. Much is at stake and there will likely be a quick resolution and report on the matter. No doubt severe consequences also await those who compromised the tournament and created a public relations nightmare for one of the fastest-growing poker ventures in the world.

A truly awful blow to poker….was it Men Nguyen who turned out to be the villain???

I’ve heard conflicting stories concerning refunds. Has there been a determination?