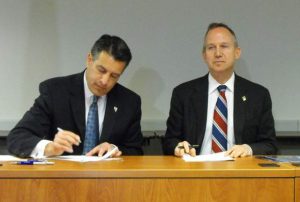 If recent figures are an indication of where the Delaware online poker industry is headed, poker players in The First State may not enjoy what they’re about to read.

In 2014, Nevada and Delaware agreed to share liquidity from player pools on WSOP.com.

The purpose of this pact was to help both states increase iGaming revenue. It appeared to be a win-win situation for the poker industry.

As it turns out, sharing player pools has been about as useful to Delaware as a winter coat in Hawaii.

Those figures don’t prove Internet poker is doomed in Delaware, but they do cause some concern over the effectiveness of the shared liquidity agreement on WSOP.com with Nevada.

Since Black Friday in 2011, the poker community, especially organizations such as the Poker Players Alliance (PPA), has made a valiant effort to get online poker legalized and regulated at the federal and state levels.

Unfortunately, federal legislation is unlikely at this point, at least in the near future. The good news is each state can legalize online poker, but the lack of revenue generated in Delaware certainly won’t cause excitement in other state legislatures.

Bills such as these will only pass if politicians expect significant financial gain for the state.

On a positive note, New Jersey has reaped the rewards of regulated online poker.

The Garden State generated nearly $2 million in revenue during May and June this year.

Granted, New Jersey has far greater population than Delaware, but the state’s poker earnings could help influence other states to hop aboard.

Delaware, New Jersey, and Nevada are the only states currently operating legal online poker sites. More states could be on the horizon. Which states will join in the fun?

Being the two largest states in the US, passing poker legislation could set a good example for the rest of the country.

In California, attempts to pass an online poker bill in 2015 were unsuccessful, but will be revisited in 2016. Poker players such as Chris Moneymaker and Daniel Negreanu spent countless hours this past year promoting online poker, along with PokerStars.

Many believe Pennsylvania will be the next state to legalize and regulate online poker.

Taking the lead from neighboring New Jersey, Pennsylvania lawmakers are coming close to agreeing on a bill which could still pass through the State Senate this year, but likely won’t until early 2016.

Progress has been made in 2015 towards, but not nearly enough.

would love to see it go national