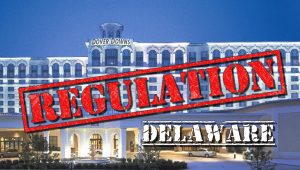 The Delaware online poker industry saw a spike in December revenues, but an overall decline in 2015. (Image: Betoclock.com)

Delaware online poker has some good news, but more bad news, when it comes to the 2015 end-of-year tally big picture.

Starting with the positive side, the Diamond State finished up 2015 with a 7.4 percent increase in revenue generated from Internet poker in the month of December. The state brought in approximately $31,000 from its poker sites the final month of the year. While that may seem like chump change, proponents of online poker in Delaware may see it as a sign of better things to come.

There are three online gaming operators in the state. Of those, Delaware Park, a horse race track in Wilmington with a licensed online casino, had the largest spike in revenue at 15 percent, according to a report from the Delaware Lottery.

And now, the bad news. Delaware’s online poker revenue improved for the month of December, but 2015 figures fell short overall compared to 2014. Delaware poker sites brought in $392,400 for the year, which is almost $203,000 less than the previous year, a nine percent decline.

The population in New Jersey is nine times the size of Delaware, but the larger state’s online poker revenue isn’t relative. New Jersey brought in more than 64 times as much money from iPoker as did Delaware in December.

It hasn’t been all roses in the Garden State when it comes to online poker, however. Revenues have fluctuated month-to-month, with more than a few disappointing finishes. New Jersey’s online poker operators saw a slight decrease in December compared to the same month in 2014.

Still, the state has some major advantages over Delaware. The poker sites in New Jersey are more recognizable brands and the poker industry, not just online, has been booming for many years there, thanks to Atlantic City’s brick-and-mortar casino resorts fan base.

Additionally, New York City is a reasonable drive from the New Jersey border, making it relatively easy for residents of the country’s largest city to cross over the George Washington Bridge to play poker online when the urge hits.

Delaware’s online gambling operators made $148,985 in December for casino games and slots, a slight decrease from November and 5.25 percent drop from the same month in 2014.

Virtual casino games such as blackjack and slots bring in far more revenue than virtual poker in each state where both are legal. Nevada is the only state with licensed, regulated poker sites that does not allow any other forms of online gambling.

Nevada also happens to be the highest grossing state for Internet poker, which will come as a surprise to exactly no one considering that the Silver State is the home of the World Series of Poker and more brick-and-mortar poker rooms than any other US state.

Pennsylvania is likely to be the next state to legalize online poker, perhaps as early as this summer. Lawmakers in that state will be eyeing Internet gambling revenues generated by New Jersey, Delaware, and Nevada in the meantime, hoping to replicate the successes and avoid the pitfalls made by the online pioneers.