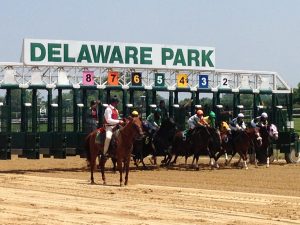 Delaware’s online gaming sector, which has been on life support at times during its three-year history, is beginning to bloom.

The sector recorded a 54 percent year-on-year increase in net revenue for the month of August compared to a year ago, to $244,387. This follows a record-breaking June in which the state’s three licensed sites earned a combined $281,000.

Seasonal trends dictate that revenue is supposed to fall in the summer months, which can only bode well for the tiny state of Delaware with just one million inhabitants.

Delaware Park is the perennial casino market leader in the state, with net revenue up 65 percent to $130,501, showing strong growth in table games and video lottery products.

In second place was Dover Downs with net revenue of $95,268 across all verticals, up 83 percent over the previous year. Harrington was up 54 percent year-on-year $43,229. To put that in perspective, that amounts to 306 new players registered in August.

While land-based casino revenue is on the upswing, online poker seems likely to continue struggling in a state that lacks essential liquidity, due to the limits of its population. The poker vertical, despite enjoying a player pool-sharing compact with Nevada, posted a year-on-year decline of seven percent, down to just $29,155 in net revenue.

WSOP.com NV, which shares online poker traffic with Delaware on the 888 platform, has a seven-day average of just 150 players across both states, according to industry number-cruncher PokerScout.com.

The Nevada Gaming Control Board hasn’t been required to provide financial reports in the Silver State since UltimatePoker left the market in late 2014. Control Board rules require a minimum of three operators to be active in order to issue financial updates.

New Jersey also had a record July, which it followed with a strong August. Figures released last week by the state’s Division of Gaming Enforcement showed that, last month, New Jersey broke the $16 million barrier for the fifth consecutive month.

It had been hoped that the online poker giant would invigorate the market more than it has. PokerStars NJ’s first full month of operation in April 2015 generated revenues of $2.3 million, but it has failed to live up to that promising start since.