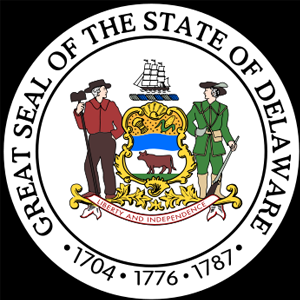 Delaware was among the front-runners of the legalized online gaming industry in America. However, it was always known that the state’s size would become an issue. With fewer than one million residents, the state will inevitably have to look to forging gaming compacts with other states to generate substantial revenue. With that in mind, the initiative set by the state could employ a standard that others can follow.

The Delaware Gaming Competitiveness Act of 2012 authorized the Delaware Internet Lottery to offer all types of online gaming, with the sole exception of sports betting. The joint venture with Scientific Games and 888 Holdings allowed for the creation of the online gaming sites that would be offered through Delaware Park, Dover Downs, and Harrington Raceway. The sites opened on October 31 for a testing period and then fully launched on November 8 to the general public.

As of December 1, the three sites garnered registrations from 2,800 residents who deposited money. Considering all the Internet games that were offered, including poker, there was approximately $3.8 million wagered in that first month. The casino games outperformed poker, which was to be expected. But according to PokerScout’s numbers, the running seven-day average of cash game players shows only 20 on the site.

The numbers have only somewhat improved over what PokerScout reported for the first week of November during the testing period. The peak online poker cash game player number was at 15 players on November 7 and 24 players on November 8. With a rolling average now reaching that level, there has been an improvement since the site went live.

Even so, State Lottery Director Vernon Kirk declared, “It’s been going very well. It seems encouraging, especially the ability to continually and steadily add new registrants, new depositors every day. They’re not New Jersey-esque, but we’re operating with a different player base.”

As seen in other states, Delaware’s online gaming sites have experienced issues with players’ ability to deposit funds. Some credit card issuers such as Bank of America, Wells Fargo and American Express have stated that they refuse to process gambling transactions; PayPal is also doing the same. This limits the options for several players. The State Lottery revealed that only 20 percent of Visa transactions and 80 percent of MasterCard transfers have been approved.

In addition, players living in Delaware must be verified by the geolocation software used by the sites, a process that has not been altogether smooth. Kirk admitted that Verizon customers in the northern part of the state had the most problems. The geolocation software noted that those players were out of state when they, in fact, were not. Many Verizon customers are routed through the company hub in Philadelphia, which presents a problem that the State Lottery is working to fix. As the sites continue to evolve and the process becomes easier, Kirk expects wagering to grow and more players to give the sites a try.