Delaware and Nevada Online Gaming: An Up and Down August 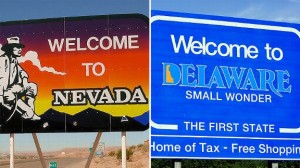 Delaware and Nevada online gaming revenue for August had a seesaw-like quality, with the former going slightly up while the Silver State took a dip.

Now that Delaware and Nevada have released their respective  iGaming revenue reports for the month of August, it appears that Delaware took a slight increase over July, while Nevada posted lackluster results in the wake of The World Series of Poker (WSOP). Combined Nevada August revenue from WSOP.com, UltimatePoker.com, and RealGaming.com dropped a steep 23 percent to $742,000, although the numbers were an 8.65 percent increase over the same month in 2013.

Nevada online poker started a three-month winning streak back in April, ramping up to a record $1,037,000 in June during the WSOP. As visiting cash game and tournament grinders stepped off the airplanes this summer, they were encouraged by ad banners at McCarran Airport and elsewhere to take WSOP.com for a test drive, and it appears to have worked. June and July marked the first- and third-best months for online poker respectively this year, before August limped in as the weakest revenue month.

Online poker could heat up again in Nevada soon though, as 888 will launch its own NV-targeted site late this year or in early 2015, as will Treasure Island and Golden Gaming with their own 888-powered room. Key to the success of these market entries will be the player pool sharing with WSOP.com, and eventually the state of Delaware on the All American Gaming Network (AAGN).

Delaware iGaming fared slightly better during August, posting a modest 0.2 percent increase to $172,855, while online poker revenue in the state jumped by 24 percent during the month to $38,655. Delaware Park led rival operators, generating $23,500 of the August total for a monthly increase of 8 percent, while Dover Downs was down 8 percent to $8,886, and Harrington Raceway shot up 124 percent to $6,269.

Despite the increase, online poker revenue in the Diamond State remains unimpressive, and well off the December 2013 high of $106,922. As Nevada numbers began to accelerate back in April, Delaware saw a decline from April through June, and can only hope for better results when the two states begin to share player liquidity with 888 and WSOP.com on the AAPN. All three of Delaware’s online poker operators are powered by 888, as is WSOP.com.

To round out August results for US regulated online poker, we recently reported that New Jersey saw a 5 percent increase during the month, ahead of an impending PokerStars arrival to the market.

US online poker revenues seem clearly affected by attendance at poker festivals such as the WSOP, and one may wonder if we’ll see a similar effect when PokerStars and Full Tilt reemerge in New Jersey, and begin to share player pools between regulated states and even other countries down the line, as NJ State Senator Ray Lesniak has hinted.

Rather than risk permanent bans by attempting to circumvent geolocation technology, US players might opt to visit regulated states specifically to participate in online events such as Full Tilt Online Poker Series (FTOPS) and World Championship of Online Poker (WCOOP). Maybe then we’ll see late summer online poker revenues trend better in participating states, as they have for Nevada during WSOP.