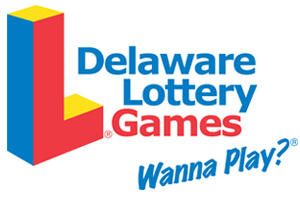 Online poker revenue continues to fall in Delaware, while table games are seeing more action. Despite the popularity of those table games, however, revenues are down in that sector as well. (Image:  DELottery.com)

The gaming industry has been looking with an interested eye to the American states that have legalized Internet gaming and poker to see how well received those games would be.

Early indicators were positive, as plenty of players in New Jersey, Nevada, and Delaware signed up and jumped into games. Since then, however, reality has hit those markets, and revenues have fallen short of expectations. It’s perhaps been most disappointing in Delaware, where it was announced by the Delaware Lottery that poker revenue fell 22.4 percent in May compared to April, 2014.

The Delaware Lottery, which oversees online gaming in the First State, has now released its official online gaming figures for May 2014. During that month, the combined online poker revenue from three separate licensed casinos totaled only $57,470; not exactly staggering numbers by any casino standards for  day, let alone  an entire month.

That figure is a revenue drop of $16,608, or 22.4 percent, compared to April 2014. The trend promises to continue into summer months, as online traffic for poker has traditionally dipped while students are out of school and families are on vacation.

Table gaming, however, does have some good news, although there is some bad news to go along with it. The good news is that players in Delaware wagered over $9 million on table games in May 2014, which continues a trend upwards that has been seen since the beginning of the year. The bad news, at least as far as the house is concerned, is that revenue from those games declined 47 percent and netted just $72,537, way down from the $137,203 received in the previous month. It would seem that players in Delaware are not only wagering more, but won at a great clip in May.

Overall, Expectations Not Being Met Yet

Some lawmakers, who supported online gaming, apparently had unrealistic expectations of the short-term gains that restricted, small market online sites could bring. Morgan Stanley famously reduced the market projection for the online gaming industry in the United States by 30 percent to better reflect the trending data they received following the initial launches of sites in New Jersey, Delaware, and Nevada.

While the people in charge in Nevada refused to determine revenue goals for the first year because the industry represented so many unknowns, those in New Jersey set their expectations high. One of the issues they are facing is that their projections, which helped sell legalization to lawmakers and voters, were based on a full fiscal year.

All of the sites in New Jersey did not launch at the beginning of the fiscal year, so they only have a little more than half the year to fulfil a full year’s worth of expectations.

Other States Are Watching

Just this year, new online poker bills have been introduced in California, Mississippi, and New York to allow online gambling and poker. Mississippi has already let the bill die in committee and it seems like a pipe dream that New York would legalize online anything in the next year or two. The most promising news is coming out of California, where the Native American tribes now have an accord, despite some current fighting over the matter, to allow legalization to happen in the Golden State.

Currently, a few states are looking into studies to see if legalizing some form of online gaming would be beneficial. Committees in West Virginia and Pennsylvania are looking at how this new form of gambling could benefit the state, as well as reviewing the lessons learned in the three states that have already rolled it out. Meanwhile, Colorado passed a law prohibiting the sale of lottery tickets online and different groups of lawmakers in Minnesota have introduced legislation to both legalize and prohibit Internet lottery games, all of which have died on the floor.

I’m in Nevada and I don’t play on the legal NV Sites now at all-I had too many location verification problems .
I will gladly wait until PokerStars finds a way to enter the market in Nevada until then I’ll play home/private games on PokerStars.com to get my poker fix.
It’s too bad that DE,NJ and NV won’t get together and share access to their legal poker site I’d love to play on PartyPoker again.