Death of Online Poker in Australia Imminent after Senate Vote

Legal online poker in Australia is about to become a thing of the past. After a Wednesday vote in the Senate in support of a ban, legitimate operators are exiting Oz en masse. 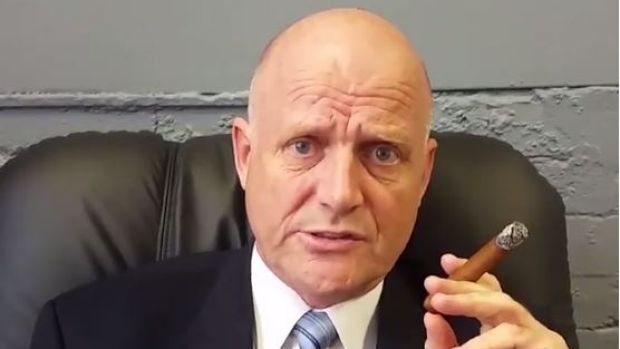 Smoke ’em if you got ’em, as Sen. David Leyonhjelm was unsuccessful in getting a carveout for online poker into the Parliament’s update of the country’s 2001 interactive gambling ban. (Image: Sydney Morning Herald)

Following months of trepidation, discussion, and hope that the government would backtrack, online poker players in Australia, of whom there are an estimated 130,000, recently learned that the Senate had voted overwhelmingly to pass the Interactive Gambling Amendment Bill 2016, which effectively bans all online poker and other forms of internet gambling.

According to an announcement by the Department of Human Services, the Amendment Bill was approved by the Senate on Wednesday. With passage, the ban on online poker in Australia will begin to be enforced next month.

The Amendment Bill, an update to a 2001 law that set up Australia’s first standards on online gaming years before the industry around it had emerged, closes loopholes that had allowed online poker and in-play sports betting in Australia to take advantage of gray areas in the law and grow unfettered.

Terms of the bill require all providers of interactive gambling services to be licensed in Australia. However, no regulatory framework yet exists for legitimate online providers to apply for a license.

The bill is response to a call to implement recommendations from the Parliament’s 2015 review of the impact of illegal offshore wagering.

Legislation was introduced in November 2016 to ban unlicensed operators of in-play sports betting, in the name of keeping athletic contests honest, and in doing so also included online poker sites among operations to be shuttered.

After some back and forth between House and Senate in February and later in June, the bill moved forward without any amendments that would’ve protected online poker or called for the game’s inclusion in any new regulatory framework taking shape.

Online poker players briefly held out hope earlier this month for an online poker carveout, when Sen. David Leyonhjelm convened a panel to hear testimony from online poker players, gambling industry insiders, and addiction experts who advised that if the bill became law it could prove more harmful as players migrated to predatory black market sites.

How the Interactive Gambling Amendment Bill Will Work

In a bid to crackdown on what it describes as “illegal offshore providers,” the Interactive Gambling Amendment Bill 2016 will bring in the following changes:

Based on these legal changes, offshore poker operators won’t be able to offer services within Australia as they won’t have the necessary licenses. Moreover, with new sanctions in place for offenders, the risks are now a lot higher for those that may choose to ignore the ban.

A report and recommendations from the evidentiary hearing are not due for consideration until September 21, which seems all but moot now, as Wednesday’s senate vote calls for enforcement of the ban to begin in 30 days, on September 9.

Online poker companies have been leaving the land down under since January in preparation for the new law to take effect, and now those plans are accelerating.

Companies that have departed or are departing posthaste include 888poker, PokerStars, Partypoker, 32Red, and Gaming Innovation Group, among other reputable providers.

As of next month, operators that continue to offer services in Australia face fines of up to AU$6.75 million (US$5.32 million) a day.

Come live in the country of sensibility and freedom, good old NZ.:)

Ridiculous decision to ban on line cash poker. Playing on line is a pleasant pass time and costs me far less than if I got to the local pub, have a drink, play poker or even worse play poker machines. Sure I can play for fun money on line, but its not the same, donkey players will not play a sensible game!
Grow up australia and stop being a nanny state. If you want to ban on-line poker you should have a look at banning poker machines in pubs and clubs, they do far more damage than on line poker, just go to a pub and look at the zombies on the poker machines. Enough said, except I am very disappointed with the Senate Vote.

Not to mention all of the online gambling provided by some of the dodgy companies in the video game industry which are available to children. nah thats okay.