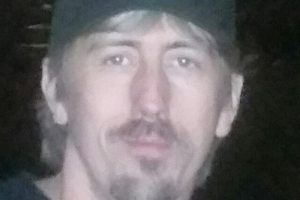 A man shot dead in his car in Las Vegas last month was three-time Deaf Poker Champion, Jonathan Cyril Collins, according to court documents made public this week.

Collins, 39, of Lake Crystal, Minnesota, was killed in a parking lot a few blocks east of the Strip as he attempted to buy 10 lbs. of marijuana from two men, who then fled on foot.

His girlfriend, who is also deaf, was able to bat the gun away as one of the assailants also attempted to shoot her.

Police found $7,880 in a duffel bag in the trunk of Collins’ car, suggesting that the shooting was a botched robbery attempt.

Collins was a regular at National Deaf Poker Tour events (NDPT), first winning the tour’s main event at the Venetian in Las Vegas in 2008 and then again, twice, in 2013.

Including side events, he was the winner of five NDPT events in all.

“Deaf PokerTour is saddened to learn one of our long time players and a multiple champion – Jon Collins has passed away recently,” said the National Deaf Poker Tour on its Facebook page.

“Jon played in many other tournaments all over the country and took his play seriously. He was always open to talking strategy and coaching players, which made him a popular person on the Deaf Poker Tour and will be missed by many as evidenced by the tributes pouring in.”

Police said that Collins and his girlfriend had first driven to Colorado in search of drugs, before heading to Las Vegas to meet a man they knew only as “Richard.”

Court reports state that Collins had known the man for about three years.

On May 28, police arrested “Richard,” aka Rufus Anthony Smith III, 27, on murder, conspiracy and kidnapping charges.

He was identified from police photographs by Collins’ girlfriend as one of the assailants, although the man who pulled the trigger is still being sought by police. Smith is being held without bail, pending a preliminary hearing on August 5.

His lawyer, public defender Christy Craig, said that he intends to plead not guilty. “We have a lot that we need to know,” Craig said. “There’s a complicated set of facts with a lot of work to be done to figure out what really happened.”