Partypoker suffered a Distributed Denial of Service (DDoS) attack on its server last Saturday and then again Thursday evening, causing the poker site to cancel some tournaments already in progress, while US-facing poker site Americas Cardroom, a site that has been hit with many DDoS attacks in recent months, gloated over its competitor’s troubles. 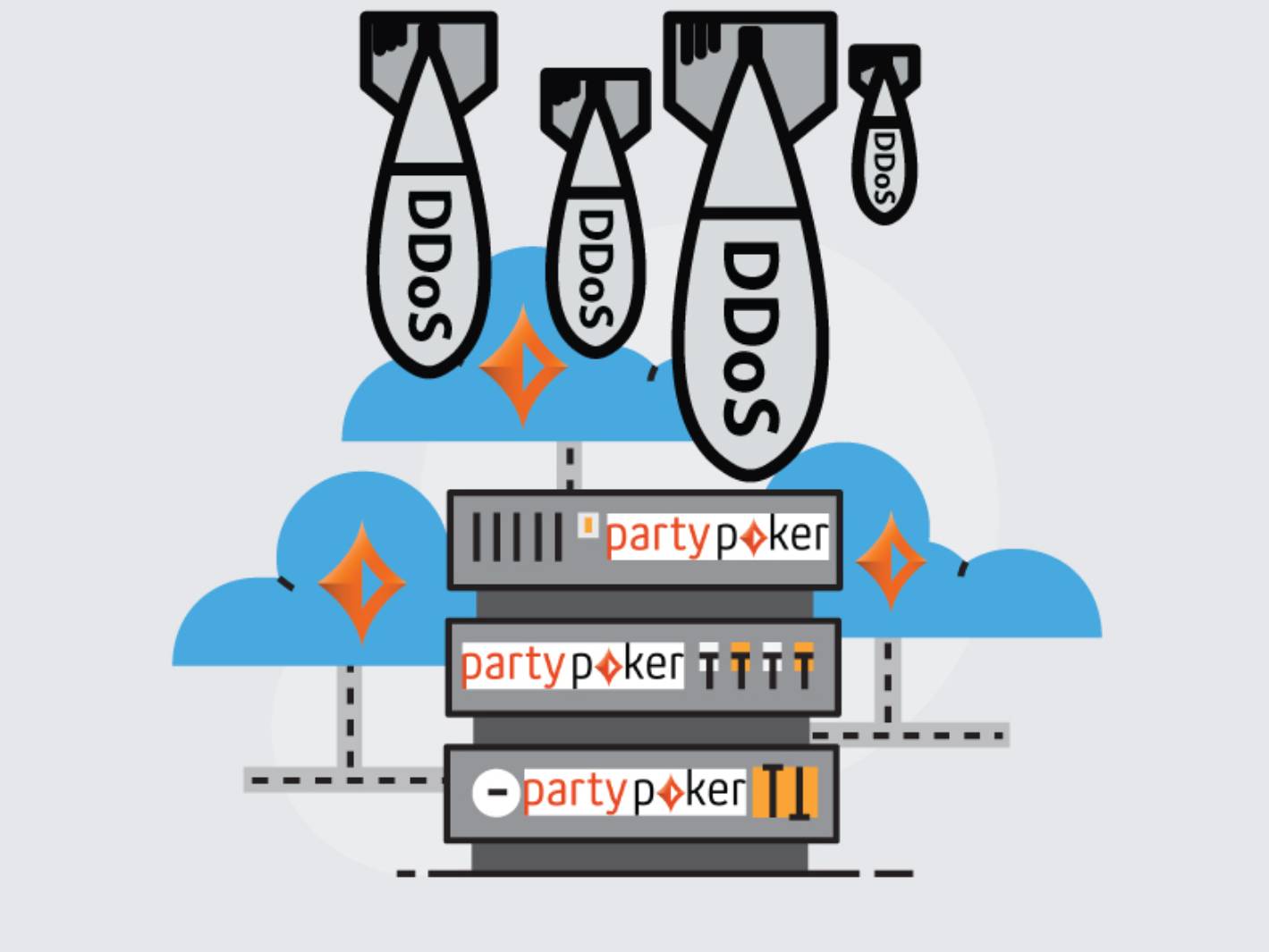 Partypoker was hit with its second DDoS attack this week, causing in-progress tournaments to be cancelled, and competing unregulated poker site Americas Cardroom to make hay over their misfortune. (Image: Americas Card Room/Twitter)

A DDoS attack is an attempt by a cybercriminal to make an online service unavailable by overwhelming the server with traffic from multiple sources. Banks and news websites are common targets of these attackers.

In the case of a poker site under DDoS attack, players are unable to log into the software and those already logged in get kicked out of in-progress games. This is especially frustrating to players in the middle of a tournament as the site is often forced to cancel the tournament and later refund the buy-in.

Partypoker suffered its first DDoS attack on Saturday and then was hit again Thursday evening. The poker site quickly acknowledged the problem and informed its customers on Twitter.

Apologies for the technical difficulties, we are working to rectify, the site has been targeted with a DDoS attack from third parties. We hope to resume normal business very soon and will keep you updated. Thank you for your patience

We are still working on fixing the problems with the poker software, more information will follow. Please rest assured that all refunds will be processed tomorrow. We appreciate your patience.

Understandably, many customers expressed frustration with the DDoS attack on Partypoker’s Twitter page.

Fuming…So you're expecting us to be waiting the whole night if you happen to get the sh*t back on track…Some people have surely gave up long time ago and would be blinding out. cancel the tournies already and refund.

The issues were resolved within a few hours and new games began, although tournaments in-progress during the DDoS attack were subsequently cancelled and buy-ins refunded. But the poker site reported additional technical difficulties on Friday morning as some customers were frozen out of their accounts. It is unclear Friday’s issues were related to the previous DDoS attacks.

Partypoker Managing Director Tom Waters apologized to his customers for the downtime.

“The unfortunate events of August 9 were understandably frustrating for our players. After consideration, the decision was taken to pause and then subsequently cancel all affected tournaments,” Waters said in a blog post. “Our team worked hard to try to resolve the key issues. As poker players ourselves, we fully understand how frustrating it can be when an online poker room suffers technical issues, and we fully appreciate the considerable patience and understanding shown by our players in light of these difficulties.”

No poker site knows more about what it’s like to be hit with a DDoS attack than Americas Cardroom. The US-facing site has been hit by numerous DDoS attacks in recent years but that didn’t stop the company from taking a shot at Partypoker, perhaps to show that this can happen to any website.

“US regulated poker sites are not exempt from DDOS attacks,” @ACR_Poker tweeted with the above image conveying Partypoker’s current misfortune that they once shared.

Poker podcaster Joe Ingram, who has accused ACR of being an unsafe poker site many times in the past, responded to ACR’s post with the comment, “you guys are complete jokes.”

Apparently, Papi doesn’t think it’s acceptable for a poker site, especially one that has its own problems, to comment when another poker site is hit with a DDoS attack.

WOW What times are we having in the online Poker world,, Acr has had a multitude of DDOS attacks, and keep fighting back, Now Party seems to be getting these same ones. Who is going to be the site???,..I still think it’s a conspiracy from the top major players in the ongoing poker world to be on top .. discourging many new to be frightened of joining a site worrying if they will lose ther deposits ,and info

I doubt it’s the top players in the world. Why on earth would they want to discourage new players??? They want the new blood on the field. Not having new players join the game is bad for everyone in poker, especially the pros.