The 2018 WSOPC Bicycle Casino wrapped up both its Main Event and High Roller tournaments on Tuesday night, with final tables that showed why the southern California swing for the Circuit can be so popular with big-name pros and rising stars alike. 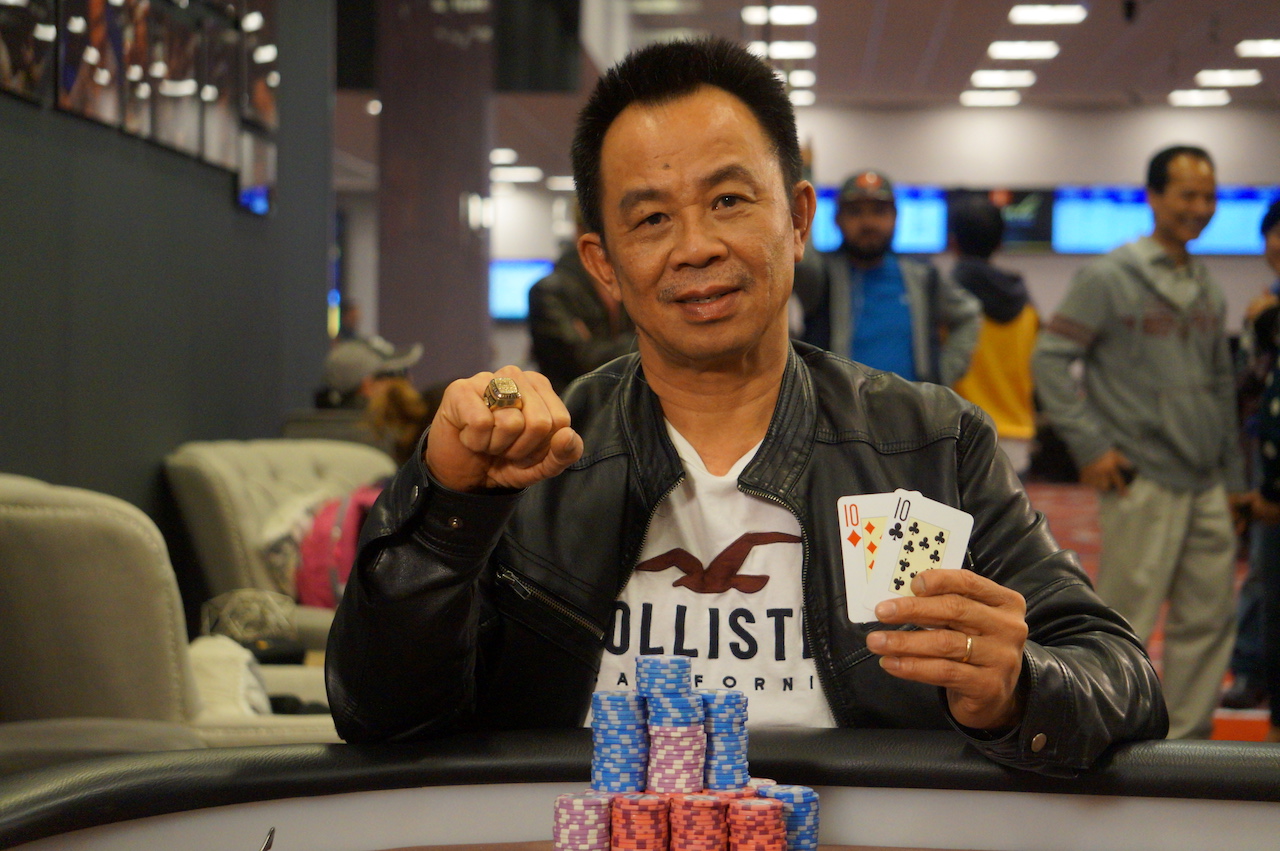 In the Main Event, it became clear a legend of the game is on a tear, notching his first gold ring and second six-figure victory in a week, while the high-roller event saw a relative unknown outplay and outlast a tough final table to win his second Circuit ring and letting the poker world know we may be hearing more from him in the future.

The $1,675 WSOPC Bicycle Casino Main Event attracted 705 runners, which created a $1,057,500 prize pool. The tournament was chock full of West Coast and Vegas grinders, and in the end, it was a familiar face finishing as the last player standing in three-time bracelet winner David “The Dragon” Pham.

A week removed from winning the 2018 Wynn Classic Main Event for $240K, Pham earned $216,790 for the win. He also captured his first gold ring to go along with his bracelets as well as a seat into the season-ending 2018 Global Casino Championship.

“I’ve had a great last 10 days,” Pham told officials after his win. “I’m feeling great and I played very comfortable. Even now, up in my mind, I know I’m going to be right there. I’m feeling great for so long. I don’t rush my mind to win and I know that there are a lot of good, young players. Now, there are so many tough, young players and I feel like I’m up there with them.”

Braband responded by moving all in for roughly 5 millon and Pham called. The board ran out a clean 5♠2♣2♦8♦8♣ and Braband had to settle for second place and a $134,145 consolation prize.

“I think experience is more of a way to win than the young gun’s aggressive style,” Pham said. “My experience, sometimes I just wait for people to make mistakes. Sometimes, cards come up random and you have to play a hand sometimes, but you have to wait for them to make a mistake.”

Familiar poker media personality Kristy Arnett made her best showing in a big-money tournament since turning her attentions toward becoming a pro, finishing in 5th place for $55,150, more than doubling her lifetime tournament winnings. Other notables to cash the WSOPC Bicycle Casino Main Event were WSOP Colossus II champ Ben Keeline (14th for $13,270), Rep Porter (25th for $6,565), 2015 WSOP Main Event champ Joe McKeehen (38th for $3,530), and Marco Johnson (67th for $2,960). 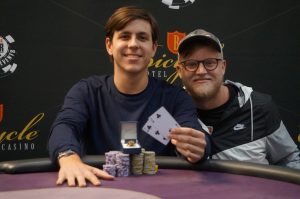 In the WSOPC Bicycle Casino $3,250 High Roller, 89 entrants took to the felt with the final table of nine getting paid. It was a stacked final table to say the least.

Triple Crown winner Mohsin Charania was seeking his first Circuit ring to add to more than $5 million in career winnings. He would go out in 5th place for $19,810.

Former Aussie Millions champ Ari Engel was eyeing his record-tying 10th Circuit ring, and second of the stop, but ultimately fell in fourth place for $26,925.

That left Matthew Lambrecht of Illinois battling against both Andy Park and Jim Collopy, who fell in second and third place respectively. Lambrecht finished out the tournament for a career-high $85,440 and his second gold ring.

He also came close to winning one at the Palm Beach Kennel Club when he finished second in Event #12: $265 NLHE Turbo Re-Entry, good for $4,544.

The WSOPC Bicycle Casino will wrap up Wednesday with both the $580 pot-limit Omaha and $1,125 NLHE Bounty events set to play to a winner. Vincent Moscati leads the final three players in PLO, and Mike Shariati is the chip leader in the Bounty.