On Monday, the World Series of Poker Circuit (WSOPC) Horseshoe Council Bluffs at Caesars’ just-outside-Omaha, Nebraska property wrapped up after 12 days of action. Over $1 million in prize money was distributed and a dozen rings were awarded, all but one of which went to first-time winners. 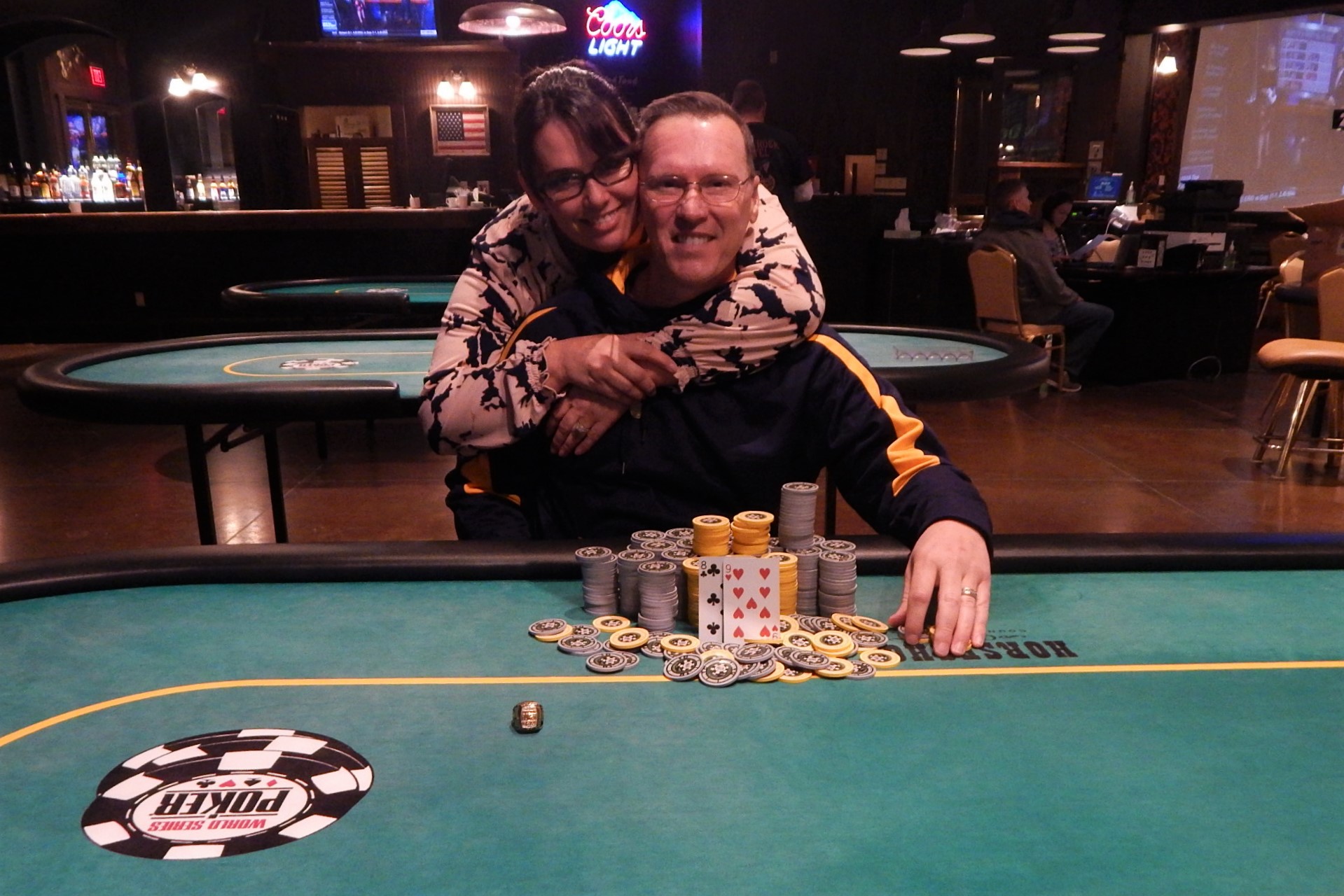 David Davenport wouldn’t have played the WSOPC Council Bluffs Main Event at Caesars Omaha, Nebraska casino if it wasn’t for the encouragement of his wife, who joined him in the winner’s photo. (Image: WSOPC)

“The strange thing is that I wasn’t even going to play,” he told officials after the win. “I actually came up just to play the cash games.

“So, I’m sitting there eating breakfast with my friend and he’s like, ‘Come on Dave. Don’t be such a wimp. Just go play.’ I’m hemming and hawing. My wife can vouch for me on this. Finally, he gets irritated with me and I was like ‘Okay, I’ll go play.’”

It wasn’t an easy road for Davenport, who began Day Two with his stacks at an unimpressive 45th spot among the 47 returning players. He continued to nurse a short stack, winning just enough pots to stay afloat as other players busted. With that kind of perseverance, he grinded himself to the final table, where he was finally able to amass a serious stack of chips.

Tebben bet 125,000 on the K♦9♠6♠ flop, Davenport called, and then both players checked the 9♣ turn. When the 2♦ completed the board on the river, Tebben checked and Davenport bet 300,000. Tebben bluff shoved all in and Davenport snapped him off to win the tournament. Tebben earned second place and $60,401 in prize money.

The only former ring winner to walk away with the top prize at the WSOPC Horseshoe Council Bluffs was 73-year-old Timothy McReynolds, a pupil of poker pro Bernard Lee. McReynolds, who won a ring two months ago at the Rio Las Vegas stop, captured his third overall ring by outlasting a 159-entry field in Event #6: $365 NLE Six-Max for $13,358. 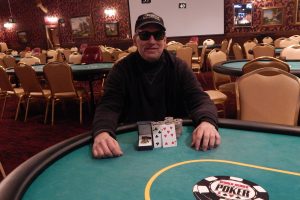 “It’s good. I’ve played too many final tables on the Circuit without winning a ring, and it’s nice to finally get one,” Gutfreund noted. “This is the third straight year I’ve made a final table here … It’s about time I won.”

Finally, Henry Gingerich was named the WSOPC Horseshoe Council Bluffs Casino Champ after cashing in half of the stop’s 12 events and making three final tables. That included a runner-up finish in Event #5: $365 NLH Re-entry for $6,697. For his performance, Gingerich earns a seat into the 2018 Global Casino Championship.

The WSOPC continues April 12-23 at North Carolina’s Harrah’s Cherokee, which will be followed by a stop at Horseshoe Baltimore April 26 thru May 7.