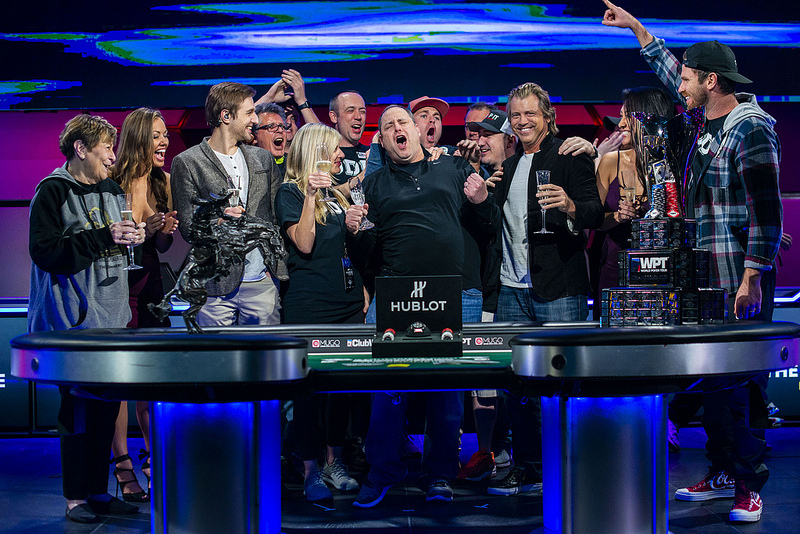 Not to be confused with fellow poker pro David “Bakes” Baker, “ODB” won his first WPT title, and it wasn’t easy. He earned the crown after beating a tough final table and pulling off a couple of sick bluffs.

The L.A. Poker Classic began last week in Los Angeles at the Commerce Casino. Players returned Monday afternoon for the final table which was held at the Luxor in Las Vegas.

Darren Elias came up short – third place – but he still holds the WPT record for most titles (4) and cashes (33). And he passed David Chiu for 11th on the all-time money list with just over $3.7 million. It should be noted that over 90 percent of Elias’ cashes have come in the post-Black Friday era. Prize pools and first place money were far greater before he began competing.

The G.O.A.T. entered the final table with a massive chip lead but the breaks didn’t go his way on Monday night. He dropped down to the short stack shortly after three-handed play began but doubled-up with pocket kings against Matas Cimbolas’ K-J.

Baker spent much of the day with the chip lead. He then squandered it briefly but earned a double-up through Elias with pocket kings against pocket sixes. He then sent the four-time WPT champion home after winning a 60/40. That set up a heads-up match with Cimbolas for over $1 million.

King of the Mountain

Although Elias was looking to extend his WPT record, all eyes were on David Baker. More than 200 fans packed the new Esports Arena, most of whom were there to cheer on the eventual champion.

With Elias out of the way, Baker and Cimbolas, also a past WPT champion, had a score to settle. There was a big difference – nearly $400,000 – between first and second place. So, the pressure was on these talented pros.

Baker began heads-up play with a huge chip lead – almost 2.5-1. But Cimbolas had an opportunity to get back into the match early on.

With Baker’s lead extended, Cimbolas flopped top pair on an 8-3-2 board and bet out. Baker, with ace-high called and then check-raised all-in on the turn when the 4 hit. Cimbolas tanked before folding the best hand, missing out on an opportunity to double-up.

Had Cimbolas called, we may have had a different end result. But Baker’s successful bluff turned out to be a key hand in winning his first World Poker Tour title.

On the 39th hand of heads-up play, “ODB” rivered a straight and got his opponent all-in to finish off the tournament. He earned the biggest payday of his career and how has over $5.4 million in live tournament earnings.

The WPT will again host a final table at Luxor on Tuesday – the Gardens Poker Championship. Frank Stepuchin has the chip lead with $548,825 up top. You can catch the action live on PokerGo beginning at 4:30 pm PT.