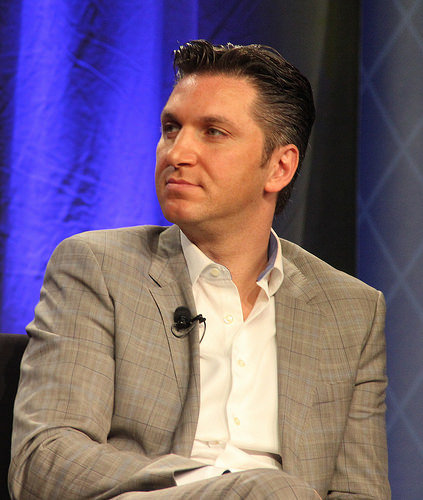 David Baazov, who stepped down from his leadership role at Amaya earlier this year, is accused by the AMF of taking a 10 percent cut of net profits made through his sharing of privileged information. (Image: apoker.kz)

Former Amaya CEO David Baazov’s alleged insider trading dealings were more than just casual stock tips whispered to close friends and family, they were an organized pyramid of information-sharing with a “high level of organization and sophistication.”

So says the Quebec financial regulator AMF, which in March charged Baazov with five counts relating to the leaking of privileged information and attempting to influence the price of Amaya’s securities.

In documents presented to the court this week, AMF also alleges that Baazov, his brother Josh, and their associate Craig Levett, received kickbacks for the information. These came in the form of cash, checks, and luxury items, including a Rolex watch. Financial kickbacks typically amounted to 10 percent of net profits gained, said the court papers.

The AMF noted that these arrangements were “negotiated before the offenses” occurred and that the group sometimes used “coded language.”

In a 2013 email obtained by the AMF with the subject title “WMS,” Levett wrote to Josh Baazov: “Hi Josh. Here is what we owe your brother. I will have a check for him and you to.”

In the same year, WMS was acquired by Scientific Games for $1.42 billion. Levett later wrote two checks for $32,100 made out to Josh, which were allegedly labeled “gift.”

“These were the activities of an organized group that traded regularly on information of numerous mergers and acquisitions still unknown to the public,” the AMF said in the documents, adding that the case represented the biggest insider trading scandal in Canadian history.

The group is alleged to have made around $1.5 million in profit from trading stocks prior to at least six separate impending takeover deals, stretching back to 2010. It began, allegedly, with Amaya’s acquisition that year of Cryptologic, and is said to have continued through Baazov’s bid to take the company private. The bid was launched January 2016, while the AMF investigation was ongoing.

Two acquisitions were not related to Amaya at all: Scientific Games’ purchase of WMS and Intertain’s acquisition of Gamesys’ Jackpotjoy and other assets. But in these cases, it’s alleged that Baazov used his connections to gain privileged information before disseminating it via his brother and Levett.

The AMF initially raided Amaya’s Montreal offices in December 2014, alerted by the suspicious movement of Amaya’s stock prior to the announcement of its $4.9 billion takeover of PokerStars. Baazov, who has always denied all charges, said via his lawyer that he was “eager to present his defense.” He formally resigned as CEO and chairman of Amaya last month.

I hope that the investigation will not affect players on PokerStars.