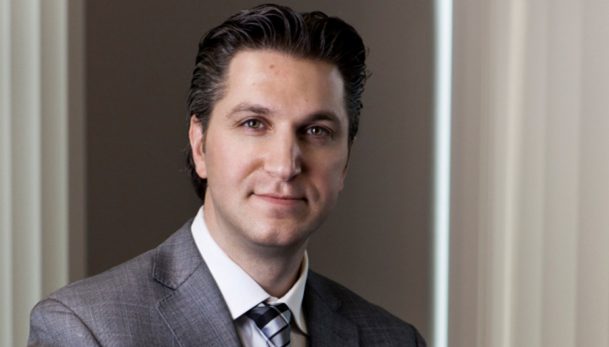 David Baazov filed papers to the SEC stating he had financing from KBC but the company has said it has “nothing whatsoever” to do with the bid to acquire Amaya. (Image: affaires.lapresse.ca)

UPDATE – Wednesday, November 23 – Former Amaya CEO David Baazov today admitted that KBC Aldini Capital Ltd, the Dubai firm he had claimed was part of his capital funding for an Amaya buyout bid, was never informed of, nor did they give consent to, be included in an equity commitment letter, according to Canada’s CBC News.

Baazov offered no apparent explanation for the major gaffe, and said he intends to find “replacement” financing for the investor who never was one.

David Baazov’s surprise bid to take over Amaya appears to have been blown out of the water as the Dubai-based firm said to be a providing financing on the $6.7 billion deal claims this is the first it’s heard about any of it.

KBC Aldini Capital Ltd told Canada’s Globe and Mail newspaper today that it had “no involvement whatsoever” in the deal.

Baazov filed papers with the US Securities and Exchange Commission (SEC) in which he stated he’d secured $3.65 billion in financing from four investment companies, including KBC.

But Kalani Lal, chief executive of KBC, told the Globe and Mail that he had never heard of Amaya and there had been no negotiations with Baazov.

KBC said it has filed a complaint with the SEC.

The US the stock market may be flying high, but Amaya’s own stock went south in the wake of the news, plummeting by seven percent on Tuesday.

Baazov’s bid had been unexpected because it was believed to have been buried under a slew of insider trading charges filed against him, and others, in his native Quebec.

On March 23, 2016, the province’s financial securities regulator, Autorité des Marchés Financiers (AMF), charged Baazov and two others with five counts of securities fraud, including “aiding with trades while in possession of privileged information, influencing or attempting to influence the market price of the securities of Amaya Inc, and communicating privileged information.”

Baazov stands accused of being at the tip of an “information-sharing” pyramid that allowed a close circle of family, friends and business acquaintances to profit from illegal stock trades in the lead up to several industry takeovers, including Amaya’s $4.9 billion acquisition of PokerStars. If found guilty, he could face up to five years in prison.

But now Baazov has a new problem. The man who engineered the PokerStars deal by somehow convincing Blackstone, the world’s biggest private equity firm, to help finance the most unlikely takeover in online gaming history, could be facing fresh charges in the US from the SEC.

And within an hour or so of the news breaking, law firm Block & Leviton announced it was investigating “potential securities fraud or manipulation claims involving David Baazov, the former CEO of Amaya Inc.” They don’t miss a thing.

The firm is eager to speak to anyone who purchased Amaya stock after November 14, 2016, the date Baazov filed his bid, and will be helping investors bring claims to recover their losses under federal securities laws.

At the beginning of the year, Baazov was the golden boy of the online gaming world, but that all seems to be unravelling for him very quickly.