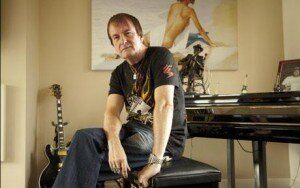 David “Devilfish” Ulliott, one of the most popular poker personalities during the early years of the poker boom, passed away on Monday after a battle with colon cancer.

“Unfortunately Dad, Dave ‘Devilfish’ Ulliott lost his battle with cancer today and died peacefully surrounded by his loved ones,” the tweet read.

It has been known that Ulliott was dealing with cancer for some time. In late March, there were some reports that his health was deteriorating, though his family said that reports that he had been hospitalized last weekend were inaccurate, prompting them to ask the media and poker fans not to speculate.

In fact, Dusk Till Dawn owner Rob Yong had reported meeting with Ulliott recently and finding him in good spirits.

“He’s spending some quality time with his family and is really touched by all of the wishes of support from everyone,” Yong reportedly said.

The talk of Ulliott’s health issues had some of poker’s biggest names asking if there could be a movement to honor him as quickly as possible.

“If Devilfish has bad health problems, maybe we should try to get him in the Poker Hall of Fame now,” Doyle Brunson tweeted last week.

One of the Greatest UK Players Ever

Few would argue that Devilfish was one of the most prominent poker players of his era. Ulliott is second on the all-time money list for tournament play among English players, and was once among the top 20 worldwide (he is still in the top 100).

His lifetime earnings in live tournament play amount to more than $6.2 million, and that’s without any multi-million dollar cashes. Instead, Ulliott showed incredible consistency throughout his career, constantly making deep runs in tournaments big and small.

His biggest cash ever came at the $15,000 buy-in World Poker Tour Doyle Brunson Five Diamond World Poker Classic in 2007. He finished 3rd in that event, taking home $674,500 in the process.

Many of his other top performances came at the World Series of Poker: he won a bracelet in 1997 by taking down a $2,000 Pot Limit Hold’em tournament for $180,310, and had several other 2nd and 3rd place finishes throughout his career. He also won the WPT World Poker Open in 2003.

But while those numbers are impressive, Ulliott’s fame wasn’t just about winnings and championships. He was also one of the most beloved personalities among poker fans, as he was often outspoken and animated at the table.

In one famous instance, he got his chips in good against Phil Hellmuth preflop with AA against 99, but began unleashing profanities after the 9♥ fell on the flop. That led a tournament director to admonish him for swearing in front of the dealer.

“I was swearing AT the dealer,” Devilfish responded.

Moments like that are unlikely to be forgotten by the poker community, which has been unified in sadness for the passing of a poker legend.

“Wouldn’t like to be an angel for the next few days,” wrote Matthew Pitt of UK & Ireland PokerNews. “They’re not going to know what’s hit them.”