The 2018 Lucky Hearts Poker Open wrapped up its two-week series on Wednesday night with the $3,500 World Poker Tour LHPO Main Event, which drew 911 entries. Darryll Fish, who has been on a heater at the Seminole Hard Rock, came out on top to win his first WPT title and a career-high $511,604. 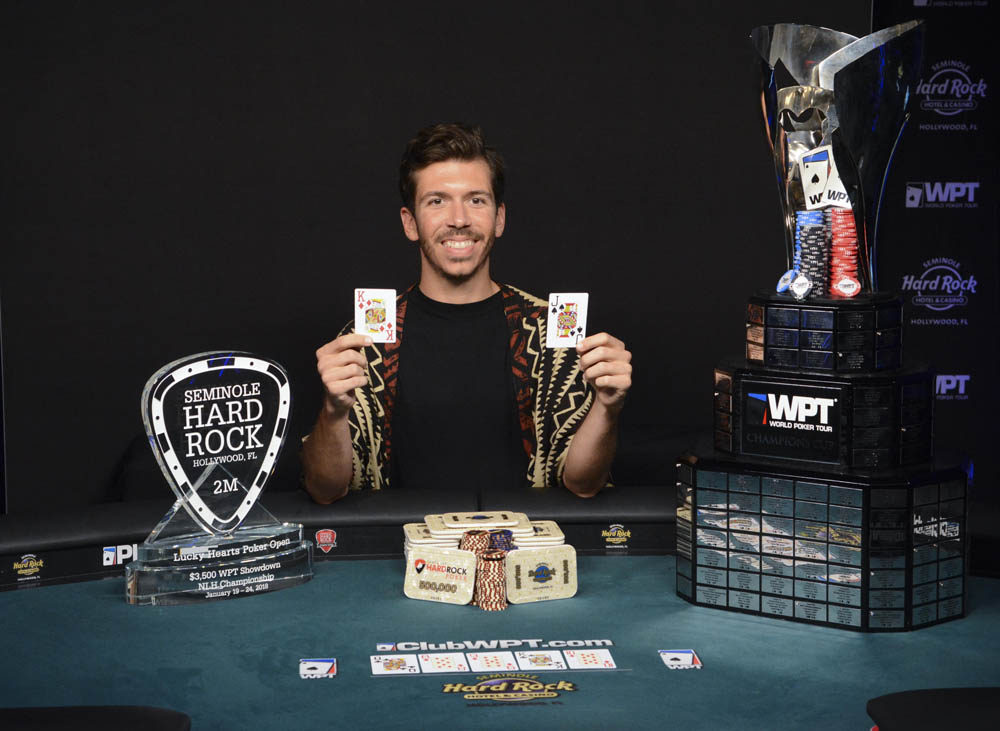 For Fish, who also won entry into the season-ending WPT Tournament of Champions, it was the culmination of a string of close calls at the Seminole Hard Rock Hotel & Casino in Hollywood, Florida. He previously finished runner-up in the 2017 Seminole Hard Rock Poker Showdown Championship for $453,185, and then took 33rd in the World Series of Poker Circuit Main Event for $6,034. Last November, he also finished third in the Rock ‘n’ Roll Poker Open Championship for $168,920.

Fish ended up squaring off against Aleksandr Shevelev in heads-up play, which lasted 122 hands. In the final hand of the tournament, which took place in Level 38 (300k/600k/100k), Shevelev moved all in for 4.45 million holding the A♣10♥ and Fish called with the K♦J♠.

A Q♣9♦8♦ flop gave Fish a gutshot, but it was the K♣ on the turn that would put him in the lead. A 10♦ river improved his hand by completing the straight, leaving Shevelev to settle for second place and a $331,116 consolation prize.

“It feels like home,” Fish said of the Seminole Hard Rock. “Every poker player has their home casino and the one they feel most comfortable playing in. From the chips to the tables to the dealers, everything kind of adds to that to make it feel more comfortable. It felt like the natural progression to winning one here.” 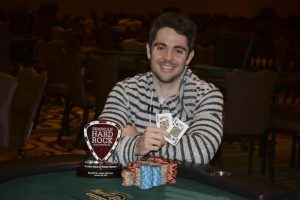 It was actually Tollerene’s second six-figure score of the day after he finished third in the $25,500 High Roller for $248,438.

“I completely bricked off PCA (PokerStars Caribbean Adventure), and was down a bunch,” said Tollerene. “I think I won it all back today, so it feels great.”

He continued: “I focused really hard on this $5K and I’m really proud of that, because it’s not the biggest stakes for me. I tried to work on my game, and it feels great to get rewarded for that.”

The WPT is now headed up the East Coast to the Borgata in Atlantic City for the $3,500 buy-in 2018 WPT Borgata Winter Poker Open, which will run from Jan. 28 through Feb. 2.

Good work all who cashed. lol!