Darren Elias on Tuesday made his ninth World Poker Tour final table, tying a record set by Phil Ivey. And on Wednesday he’ll be chasing another record: Most WPT wins. 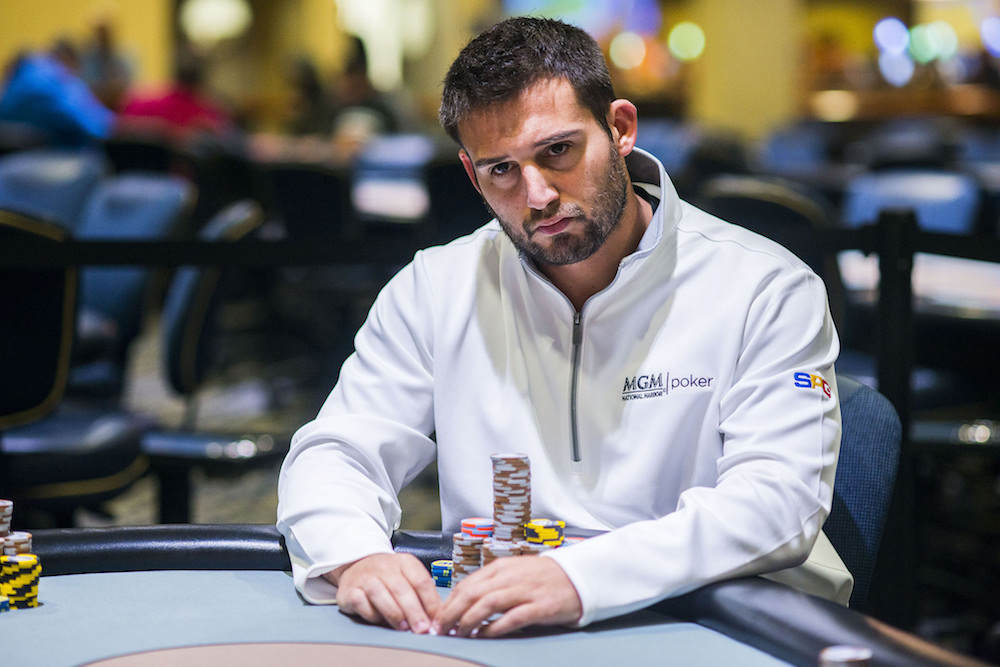 Darren Elias is chasing a record fourth World Poker Tour title in Jacksonville. He holds the chip lead heading into the final table at the Bestbet Bounty Scramble. (Image: WPT)

Elias is the chip leader with six players remaining players in the WPT Bestbet Bounty Scramble main event in Jacksonville, Florida. He’s going for his fourth tour title in the $5,000 buy-in event that started on Saturday and drew 323 entrants.

When play resumes from the Bestbet Jacksonville Casino at 1 pm PT on Wednesday, these six players will be vying for a $315,732 first-place prize.

The winner will also receive an important 1,000 Player of the Year points. It’s still early in Season 16, but Art Papazyan (2,400 points) is running away with a widening lead after having won two events this season. The only thing missing from Elias’ WPT resume is POY. A win on Wednesday would get him back in that race.

Fox Sports won’t be televising this event. But a live broadcast of the final table will stream on a 30-minute delay at WPT.com.

Standing in His Way

Win or lose, Elias is one of the top performers in World Poker Tour history. He’s tied with Gus Hansen, Anthony Zinno, Chino Rheem, and Carlos Mortensen with three tour victories. If he can overcome five more players at the dog track and poker room in Jacksonville, he will stand alone as the winningest player in WPT history.

The challenge won’t be easy. The final table is stacked with pros who know how to close out a tournament, regardless of chip position.

Among the remaining players, John Esposito, in second chip position, has nearly $3 million in live tournament winnings and is no stranger to the spotlight.

How We Got Here

Elias was 5th in chips with 23 remaining players, and quickly ran up his chip total from 607,000 to 3.5 million, thanks in large part to a crucial double-up against Panzica.

Shankar Pillai is still alive at the final table. He entered Day 3 as the chip leader, but would finish the day with only a third of the stack he started with. So he was able to hang on, but just barely.

Jessica Dawley, a Floridian and 888poker pro, was the only female who advanced to Day Three. She was the chip leader with 27 players remaining before fading. The military veteran was eliminated in 11th place ($25,333).