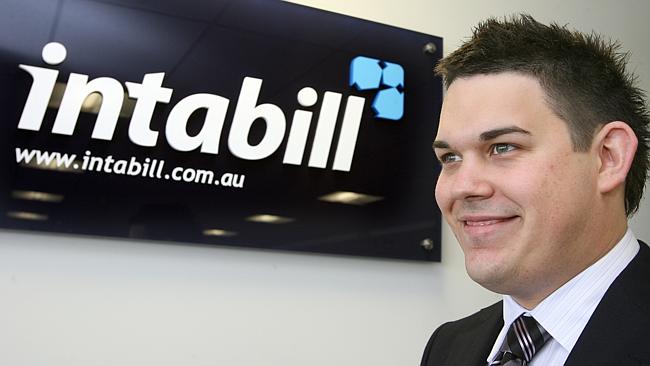 Daniel Tzvetkoff, back in his Intabill days. The payment processing company collapsed in 2010, owing $143 million to creditors. (Image: couriermail.com.au)

Daniel Tzvetkoff, the Australian Internet tycoon whose testimony prior to Black Friday brought down the three biggest online poker sites in America, is living the high life, according to an Australian newspaper.

He was once facing the possibility of a 76-year prison sentence for fraud, money-laundering, and the illegal possession of over $1 billion.

But Tzvetkoff’s cooperation with the FBI and subsequent incrimination of Full Tilt, PokerStars, and Absolute Poker, meant that he got off with a relatively light wrist slap for his role in processing post-illegal online poker transactions.

Tzvetkoff was sentenced to time already served, ordered to forfeit $14 million, and walked free from a New York courtroom in June 2014. And now, despite being declared bankrupt in 2013, he’s living it up in a multimillion dollar fortified waterfront on Australia’s Gold Coast, per the media source Gold Coast Bulletin.

“Pictured at parties and eating in exclusive restaurants on the Gold Coast, he is understood to have flown to Barcelona, Bali and the Barossa Valley in the past year and is living in a home that would cost up to $80,000 a year to rent,” claims the GCB.

“He has been involved in at least one new business venture in Brisbane and continues to live like a king and travel the world,” the site continues. “In a $2.5 million mansion, the ever-elusive Tzvetkoff is still supported by his best friends who were around him before his spectacular rise and fall.”

The 32-year-old, whose story is the subject of Alligator Blood, by author James Leighton, was a computer science prodigy who began writing the coding for a payments processing system in the bedroom of his parents’ house when he was just 16.

At 20, Tzvetkoff formed payments processing firm Intabill, whose fortunes mushroomed following the passage of UIGEA, which prohibited financial institutions from processing online gambling transactions in the US.

He signed a deal with FullTilt, PokerStars, and AbsolutePoker, and the money came flowing in. A millionaire at 25, Tzvetkoff embraced the rock-and-roll lifestyle, splashing the cash on Lamborghinis and a private jet.

In order to disguise the flow of money from authorities, Tzvetkoff laundered his cash through a series of other businesses, which included a catastrophic investment in a payday loans company.

It was then that things began to unravel. He started siphoning money from Intabill, and, when the poker companies came knocking for their money, he couldn’t pay. In 2009, Intabill collapsed, owing $143 million to creditors around the world.

Tzvetkoff was arrested in Las Vegas in 2010. Faced with the prospect of spending the rest of his life in prison, he made the deal that would change the online poker landscape forever and sang like a bird, giving the feds the legal ammo they needed to bring down the major Internet sites.