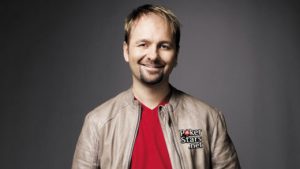 The WSOP Poker Hall of Fame is often a point of contention in the community and now Daniel Negreanu wants to make some changes to reflect the current state of the game.

Every year the community nominates the players they believe are worthy of a place among poker’s elite.

This year, Carlos Mortensen and Todd Brunson made it through the public nomination process and received the most votes from the judges, but would things have been different if Negreanu was in charge?

Clearing Up Any Confusion

Despite congratulating his friends on their latest achievements, Negreanu believes the WSOP Poker Hall of Fame could benefit from some tweaks.

Discussing his ideas on the Full Contact Poker blog, Negreanu essentially calls for two things: greater clarity and a change to the voting system.

In his opinion, the criteria is too vague outdated. For example, the WSOP states that any nominee must have “played for high stakes.” As Negreanu correctly points out, the term “high stakes” is relative.

Given the relative ambiguity of the term, Negreanu believes that we should set the following limits:

Although these limits could still be a matter of debate, it does seem a much clearer way to define someone who has played at the top of the poker tree.

The other issue Negreanu wants to address is the way votes are cast. Once a batch of players has been set by the general public, a combination of media members and existing Hall of Famers are given ten votes each.

According to Negreanu, this is a “broken” system and leads to some unbalanced voting.

Under Negreanu’s system, voters would get two votes and they would have to rank their picks #1 and #2. The player with the most #1 votes is inducted.

If there is a tie, the number of #2 votes the tied players received will be taken into account. Similarly, the player with the second most #1 votes will take up the second spot in that year’s Hall of Fame.

Naturally, Negreanu is looking to spark some debate over the issue with his blog rather than criticize the current system or those who have benefited from it. So, what do you think? Could the system be given an overhaul and, if so, is Negreanu the man to do it?