Daniel Negreanu is so confident in his game that he’s betting on winning the US Poker Open trophy, which is awarded to the biggest winner throughout the upcoming inaugural high-stakes tournament series. 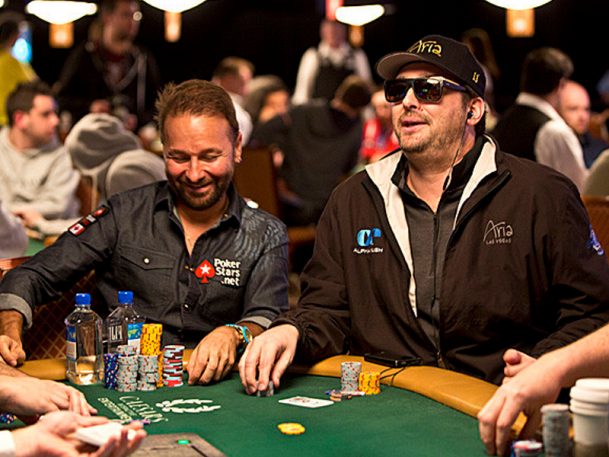 Daniel Negreanu wagered on winning the 2018 US Poker Open, and is needling Phil Hellmuth in the process. (Image: f5poker.com)

At the end of the series, the player with the highest cumulative winnings will take home a champion’s trophy. Negreanu is confident that honor will be his.

The bet is similar to the one he made with fellow poker pros prior to the start of the Poker Masters series last fall. In this case, if Negreanu wins the trophy, Bryn Kenney and whoever else accepts the bet must pay him $50,000.

If any of the other players in on the bet win, Negreanu must pay that person $50,000. The more players that accept the wager, the more likely it is that he will lose money, if he doesn’t win the trophy. But, on the flip side, if he does win, he’ll receive a larger payout if multiple challengers join in on the side bet action.

Negreanu and Hellmuth have long been friends, but also rivals at the poker table. Kid Poker, for the past year, has been critical of the Poker Brat’s game.

Hellmuth refuses to acknowledge the greatness of younger pros such as Fedor Holz, and that has led to harsh criticisms from Negreanu.

Prior to the Poker Masters, Negreanu attempted to get Hellmuth in on his must-win wager, but the Poker Brat refused.

Negreanu’s offer to Hellmuth on Twitter was nothing more than a way to needle him. He knows the Poker Brat isn’t actually going to take the bet, but he’d love it if he did.

The US Poker Open begins on Thursday at 2 pm PT, the same time each tournament starts other than the Main Event, which kicks off at noon. PokerGO will livestream the series daily.

I like these must win bets, it’s a great way to manufacture odds into a straight bet. I think Daniel has a better than average chance of winning but I do think Bryn Kenney is a dangerous bet for him since he’s been crushing lately.

man daniel i guess you could say he was on a downswing, actually losing money last year on the end total. so he might be on his way back up