Daniel Negreanu to Sleep His Way Through 2017 WSOP

Daniel Negreanu has just released his plans for the 2017 World Series of Poker schedule and, aside from preparing to spend nearly $400,000 on buy-ins, he says he intends to be aggressive with clocks and sleep. 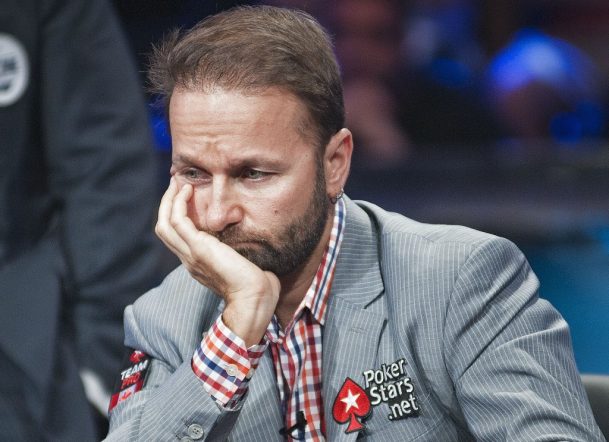 Daniel Negreanu is hoping good sleep will give him an edge as he competes in 40 WSOP tournaments this summer. And he intends to call the clock on players turning NLH events into snooze-fests. (Image: Bluff Archives)

With the WSOP on the horizon, many of the game’s top pros are now planning their attacks on the six-week long festival. The 2017 series offers 74 events, and according to Negreanu’s timetable, recently published on his blog at Full Contact Poker, he’ll be playing 40 of these bracelet-bearing tournaments.

One surprise, however, is that he’ll be skipping many of the No Limit Hold’em (NLH) events. Although he’s kept a few of the bigger buy-in ones on his schedule, Negreanu has opted to sit out most of these tourneys, he says because the WSOP hasn’t yet introduced a shot clock.

With more and more poker festivals making shot clocks standard, allowing players a set amount of time for making pre-flop decisions, seasoned pros have become accustomed to faster-paced NLH tournaments. The WSOP has yet to implement such time provisions, though Negreanu says he is pushing WSOP officials in that direction for 2018.

For Negreanu, excessive tanking, especially near the bubble, has frustrated him. The trend has led him to focus more on mixed games and non-Hold’em variants, which typically draw more experienced players.

In NLH events, Negreanu’s vowed to be “aggro” with his use of rules intended to move action on the felt forward. He says he will “call the clock” quickly on players taking too much time to make pre-flop decisions. (Calling the clock at the WSOP gives players 60 seconds to make a move). Negreanu stressed in his blog entry that it would be “nothing personal,” saying instead that it was for the good of the game, and that he doesn’t want to be sitting in the Amazon or Pavilion rooms wasting his time.

Along with his willingness to call the clock on slow players, Negreanu says that sleep will be his not-so-secret weapon this summer. In his opinion, sleep is crucial, as fatigue inevitably leads to mistakes. It also is an area where he can maintain an edge over many of his peers. While they may be proud of putting in marathon cash game sessions, or are out indulging in the Las Vegas nightlife, Negreanu is planning to sleep, play poker, post video blogs, and sleep.

Negreanu wrote that he will be playing with all his own money, $384,600 worth of buy-ins before any rebuys or add-ons. Overall, his aim for this year’s WSOP is to win more than $1.5 million, bag three bracelets and win Player of the Year for the third time. Lofty goals from a man who says he is focused, and has shown no intent to rest on his laurels.

What are the odds he will make it to Day 3? Common Daniel, stay classy

It is allowed on him
So there is no problem