Simply the Best: Daniel Negreanu to Coach Guy Laliberte for Big One for One Drop

Normally, Daniel Negreanu would be competing in a super high roller tournament like the Big One for One Drop himself. But this time around, the PokerStars ambassador is playing the role of coach. 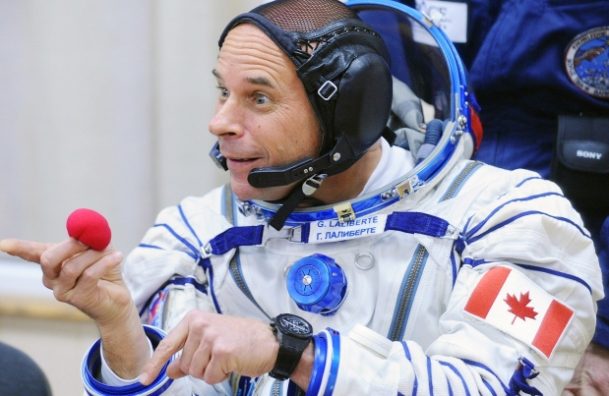 Guy Laliberte (who once paid $35 million to become a “space tourist” on a Russian aircraft) has called upon Daniel Negreanu for coaching, as he prepares for the €1 million buy-in Big One for One Drop tournament in Monte Carlo.  (Image: Alexander Nemenov, AFP/Getty)

Guy Laliberte, who founded the One Drop charity and is the former CEO of the popular Cirque du Soleil franchise, is seeking the expertise of the man who has $32 million in live tournament winnings as he prepares to compete in the €1 million buy-in Big One for One Drop.

Why the euro signs this year? Because the ultimate high roller event will be played out in the playground of the rich, Monte Carlo, in the chi-chi principality of Monaco.

“I will be attending One Drop playing coach to the man himself:  Guy Laliberte. Coaching venue is his yacht in the south of France next week,” Negreanu posted on Twitter.

Nice work if you can get it, Kid Poker.

Laliberte created this One Drop Extravaganza to help raise money for his charity. The One Drop foundation helps ensure that underprivileged people all over the world have access to clean water.

And the duo better get cracking, because the spectacle begins on October 13 at the Casino de Monte-Carlo. The €1 million ($1.1 million) event begins the following day. In 2012 and 2014, the tournament was a bracelet event at the World Series of Poker. This year, it will be a separate tournament, and only open to “non-pros.”

Although Laliberte isn’t a pro, he is no stranger to the game of poker. When he takes his seat at Casino de Monte-Carlo, it certainly won’t be the first time he has competed in a super high roller tournament.

In 2012, the entrepreneur finished 5th in this tournament for $1.8 million. He also final tabled a WPT tournament in Las Vegas in 2007. Laliberte appeared in multiple episodes of High Stakes Poker, a cash game show that aired on Game Show Network.

Big One for One Drop History

Who better to ask for high roller tournament advice than the man who has won more in live tournaments than anyone in history? Plus, Negreanu finished runner-up to Dan Colman in the 2014 Big One for One Drop, so he knows this event and its pitfalls.

That tournament will forever be remembered for Colman’s deadpan lack of enthusiasm after winning the final hand and $15 million. He sat with a blank stare, barely showing any emotion. Afterwards, he shunned the media.

Colman received heavy criticism for his behavior, but recently explained his actions on Joe Ingram’s podcast. The poker pro said he loves playing heads-up so much that when it ended, it was almost a disappointment that he couldn’t continue playing.

The first Big One for One Drop winner was, of course, Antonio Esfandiari in 2012. The $18 million he earned is still the largest poker tournament win in history. Aside from that, “The Magician” won even more notoriety earlier this year in his now-infamous “Pee-Gate” scandal in the Bahamas.

Negreanu will attempt to make Laliberte the next big winner, of course. The Team PokerStars Pro hasn’t said how much he’s charging for his coaching session, or if he will get a cut of Laliberte’s potential winnings.

But at the very least, he gets to hang out on a yacht in the South of France, and that ain’t too bad all by itself.

People like Guy Laliberte are the favorites to win this tourney, he’s been running decently deep in a fair few tournaments and can be regarded as a semi-pro already.