Daniel Negreanu has gone all-in on love after announcing his engagement to poker presenter Amanda Leatherman. 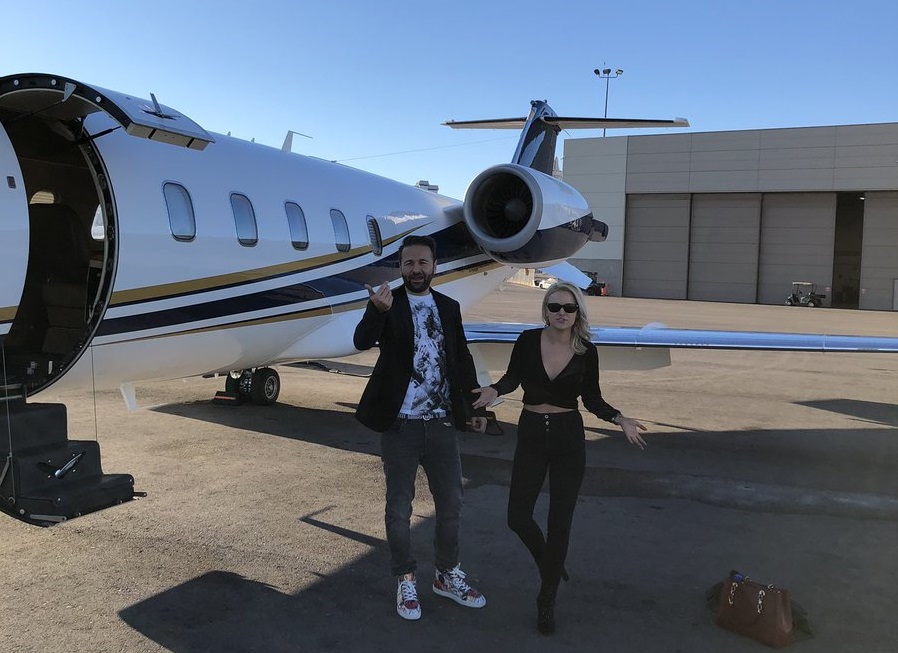 Canada’s favorite poker pro may spend the majority of his time at the felt, but he found some time to pop the question over the holiday season and seal the deal at the second time of asking. Although coy at the time, the pair were “hanging out” in 2010 and it seems their feelings never went away as they rekindled their relationship in mid-2018.

After dating Marisa Rachelle Rodney for four years, Negreanu announced that the relationship had ended over the summer. Discussing the topic during one of his World Series of Poker (WSOP) vlogs, the PokerStars pro explained that, despite a “lot of hard work” on both sides, things weren’t working out.

As the WSOP wound to a close and Leatherman returned to poker as a spokesmodel and interviewer on “Friday Night Poker,” the pair began hanging out again. With old feelings quickly coming back to the surface, Kid Poker wasn’t about to let a second chance pass him by.

Announcing the news via Twitter, Kid Poker wished everyone a “happy new year” alongside a picture of the ring and the caption: “she said yes.”

He also posted a video on Facebook of the proposal:

Messages of congratulations quickly followed as one of the game’s highest profile players moved a step closer to his happily ever after.

The newest poker power couple later shared the video that he showed Leatherman and friends before getting on his knee and popping the question:

Despite winning almost $40 million in live tournaments, Negreanu’s love life has sometimes overshadowed his achievements at the felt. With rumors about who he’s dating forming the basis of the multiple forum threads, the 44-year-old can rarely make a move without being scrutinized.

Things only got worse when he appeared on Bravo’s Millionaire Matchmaker in 2013. Sitting down with host and dating guru Patti Stranger, Negreanu met a selection of potential matches before taking one on a date.

During the show, the poker player took a shine to a blonde named Lindsay and then entered into a brief relationship, seemingly doing better than Beth Shak did after she appeared on the show in 2010.

However, soon after the episode aired, Negreanu confirmed on Twitter that he was still single and that Lindsay was a “great girl as advertised.”

Putting to rest any further speculation about his love life, Negreanu is now looking forward to being as successful in marriage as he’s been in poker. As yet, a date for the wedding hasn’t been set, but there likely will be no shortage of guests wanting to watch from the rail when it happens.

wow, a month ago I watched “The big game” on youtube, where the host of the program was just Amanda Leatherman, happiness and a strong family)

Happy for them both!