Daniel Negreanu wants to give back to the poker community and a worthy charity at the same time. He will be awarding a PokerStars Platinum Pass, valued at $30,000, to the creator of a video that he deems most inspiring before the end of September. 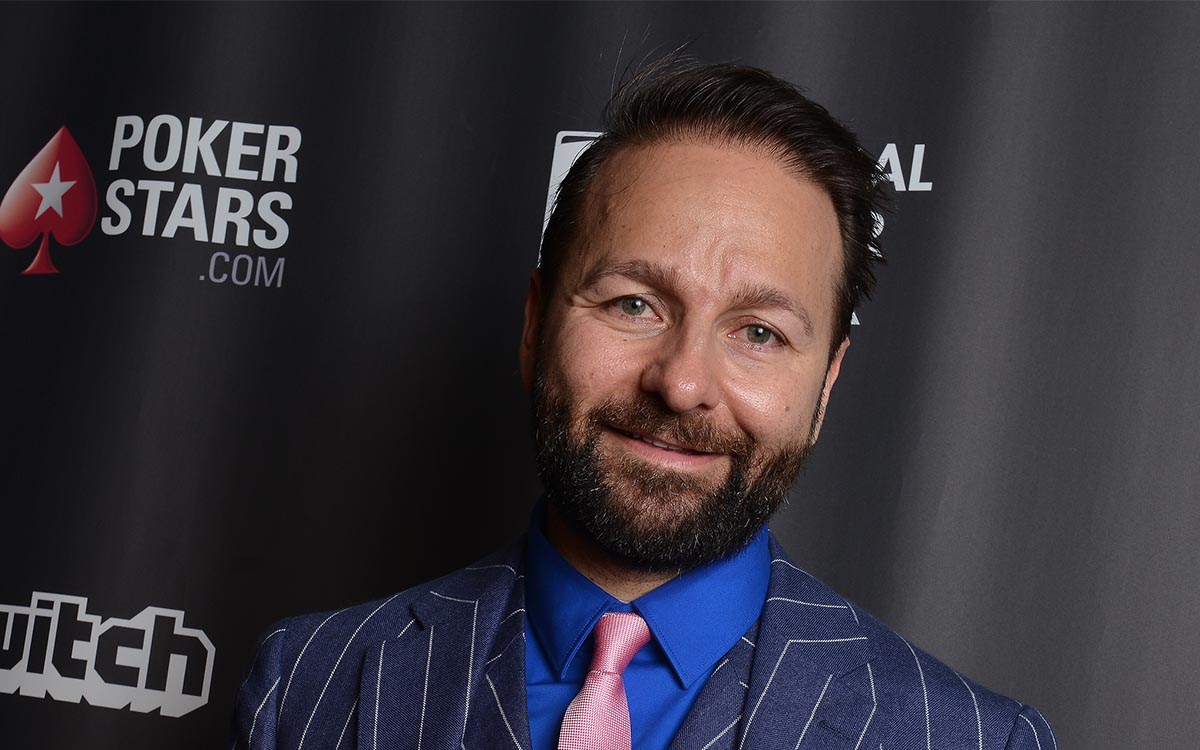 Daniel Negreanu is giving out a PokerStars Platinum Pass to an inspirational fan. (Image: insidehook.com)

Kid Poker wants fans to create a short video explaining which charity they want to play for and why. He and a panel of judges will then pick the best of the bunch and award that person a Platinum Pass.

A Platinum Pass consists of entry into the $25,000 PokerStars Players Championship in the Bahamas, Jan. 6-10, and $5,000 in travel expenses. PokerStars is handing out 300 Platinum Passes throughout 2018. Negreanu, the face of the poker site, will hand out one of them to a lucky, inspiring fan.

Other PokerStars Team Pro members are awarding Platinum Passes throughout the year in various ways. Chris Moneymaker, for example, is hosting $86 buy-in tournaments around the US with a Platinum Pass awarded to the winner.

The $86 buy-in signifies the amount Moneymaker paid via a PokerStars satellite in 2003 to get into the WSOP Main Event. Weeks later, he became world champion and $2.5 million richer.

Negreanu shared a blog post on PokerStars.com asking fans for video submissions. In that post, he shared details on how to enter and win.

“To win this Platinum Pass Adventure,” Negreanu wrote, “create a video no longer than two minutes and 20 seconds (2:20) in which you introduce yourself to us, introduce the charity you want to play for at the PSPC, and tell us exactly why you support this great cause.”

The link to the video must be shared on Twitter using hashtag #DonateWithDaniel. It must also be emailed to DonateWithDaniel@Starsgroup.com. Submissions must be received by Sept. 30.

On Oct. 7, the Hall of Famer will narrow the field down to a final five. Then, on Oct. 13, he will announce the winner. The other finalists will receive a $1,000 consolation prize for their selected charities.

The winning package includes a $25,000 entry into the PSPC and $5,000 for travel expenses to the event in the Bahamas. Should the winner cash in the PSPC, half the winnings go to their charity.

The PSPC has a guaranteed $8 million minimum prize pool.

What Negreanu Is Looking For

Negreanu is looking for the person who wants to play for the most worthy cause. He didn’t specify in his post what types of charities he prefers. Potential causes could include eradicating homelessness, cancer research, animal rescues, and other charities.

It’s safe to assume the liberal-leaning poker pro won’t be impressed by a contestant playing for Donald Trump’s 2020 presidential campaign. Nor will the vegan consider making donations to your local hunting club.

If you’re curious what type of video may appeal to Negreanu, check out his 2017 WSOP staking contest. The PokerStars pro awarded three seats to last year’s Main Event to winners of a similar video submission contest. He sought creativity and an inspiring story. But like his Platinum Pass contest, he didn’t provide specific video qualities he’s looking for.

That’s an awesome contest at least money will be invested in something good, helping a charity association is one of the most nobel acts a poker player can do. I rally wish that the person who will be awarded with the Platinium pass gets a decent cash out in the PSPC so he can help people in need with half his earnings.

I do not know how to speak English, so I can not edit an inspirational video to try to participate and win this award, but if I had this opportunity, I would make a video showing my reality at the moment, I own a specialty beverage sales , and at that moment the sales fell and my financial situation is not very well, since I have a daughter of 3 years and six months and she does not speak, she has signs of autism and with the help of the family I am doing the exams and having follow up as a speech therapist for my daughter’s treatment, with my share of the money if I arrived at ITM I would invest in my daughter’s treatment. With the other part of the money I would invest in an NGO to treat children with the same problem as my daughter, children with speech deficiency and food chewing deficiency, children with disabilities in care would also be helped in this NGO. But this is a dream, a thought that has passed in my head, the purpose of this post is not to draw anyone’s attention because the problems with God’s grace are being solved, but our City is lacking in regard to treatment and helps with people who have these difficulties, it is enough only the encouragement of people qualified to treat this deficiency which is reversible with time work and effort. Good luck to the prize champion and have him win at the event.