Could Daniel Negreanu Knockout Phil Hellmuth in the Ring? Twitter Thinks He Could

Could Daniel Negreanu beat Phil Hellmuth in a boxing match? It might sound like a strange question, but the former wants to know what people think. 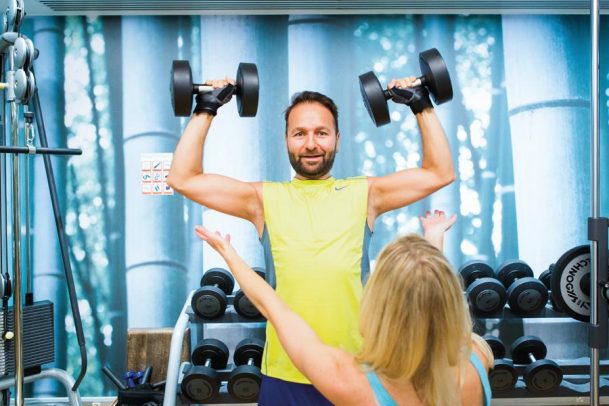 Could Daniel Negreanu (pictured) beat Phil Hellmuth in a boxing match? Most people think he could. (Image: fsmag.com)

Negreanu is one of the most vocal players on the planet and often engages in Twitter rants, conversations and polls with his followers.

In most instances, Negreanu will post a hand decision and try to gauge people’s thoughts, but on February 21st he wanted to know if people would bet on him in an impromptu boxing match against Hellmuth.

Headgear would be worn

The fight would take place “tomorrow”

Negreanu Gets the Decision Win

With the question posed, 12,177 followers took part in the poll and, when the ballot was closed, 57% of participants said they’d bet their money on Negreanu. In response to the question, Matt Glantz pointed out that Negreanu would have a major height and reach disadvantage.

Negreanu shot back by reminding Glantz that he’s underestimating the cardiovascular effort required to box for three minutes. Having been on a health kick for the last few years, Negreanu is now as fit as he’s ever been and he believes that would give him the advantage over the bigger Hellmuth.

Although clearly taking the idea as a joke, Negreanu wrote on Twitter that the Poker Brat would be a 20-1 dog just to last the full three rounds. Not only that, Hellmuth would “hit the floor” with Negreanu hitting him.

Naturally, whenever there’s a sniff of a prop bet in the making, players from all sides of the industry come out of the shadows and Greg Mueller was the first to respond. The former ice hockey player turned poker pro asked if Kid Poker would give him the same odds to be standing by the final round.

Negreanu declined the offer with a “hell no,” but maintained that he would crush Hellmuth due to his superior fitness. When Negreanu caught up with Hellmuth, he asked him what he thought of the poll and, in true Hellmuth fashion, he was confident in his chances.

Saying that the result was “bull***t,” Hellmuth said he’d pepper Negreanu with jabs and would still be standing at the end. Although the two are friends and the proposed boxing match is all in good humor, stranger things have happened.

In fact, boxing matches for big money between poker players have become something of a tradition over the years. Gus Hansen lost $35,000 to Theo Jorgensen in 2009, while Liv Boeree took on poker reporter Melissa Castello in the same year for charity.

Outside of boxing, Bertrand Grospellier and Lex Veldhuis squared off in a kickboxing match back in 2011. With this tradition in place and Negreanu clearly ready to rumble, we could see this develop into an actual prop bet as we head towards this year’s World Series of Poker.

I would put it on my idol Negreanu Poker)

Gosh! Look at those pipes on Daniel! He’d clearly be knocking out a newborn kitten just on his cardiovascular merits alone.