What Have We Learned So Far from Polk-Negreanu Heads-Up Match?

Daniel Negreanu and Doug Polk are still in the early phase of their heads-up poker grudge match, but we’ve learned a few things about each player, their styles of play, and what to expect from them going forward. 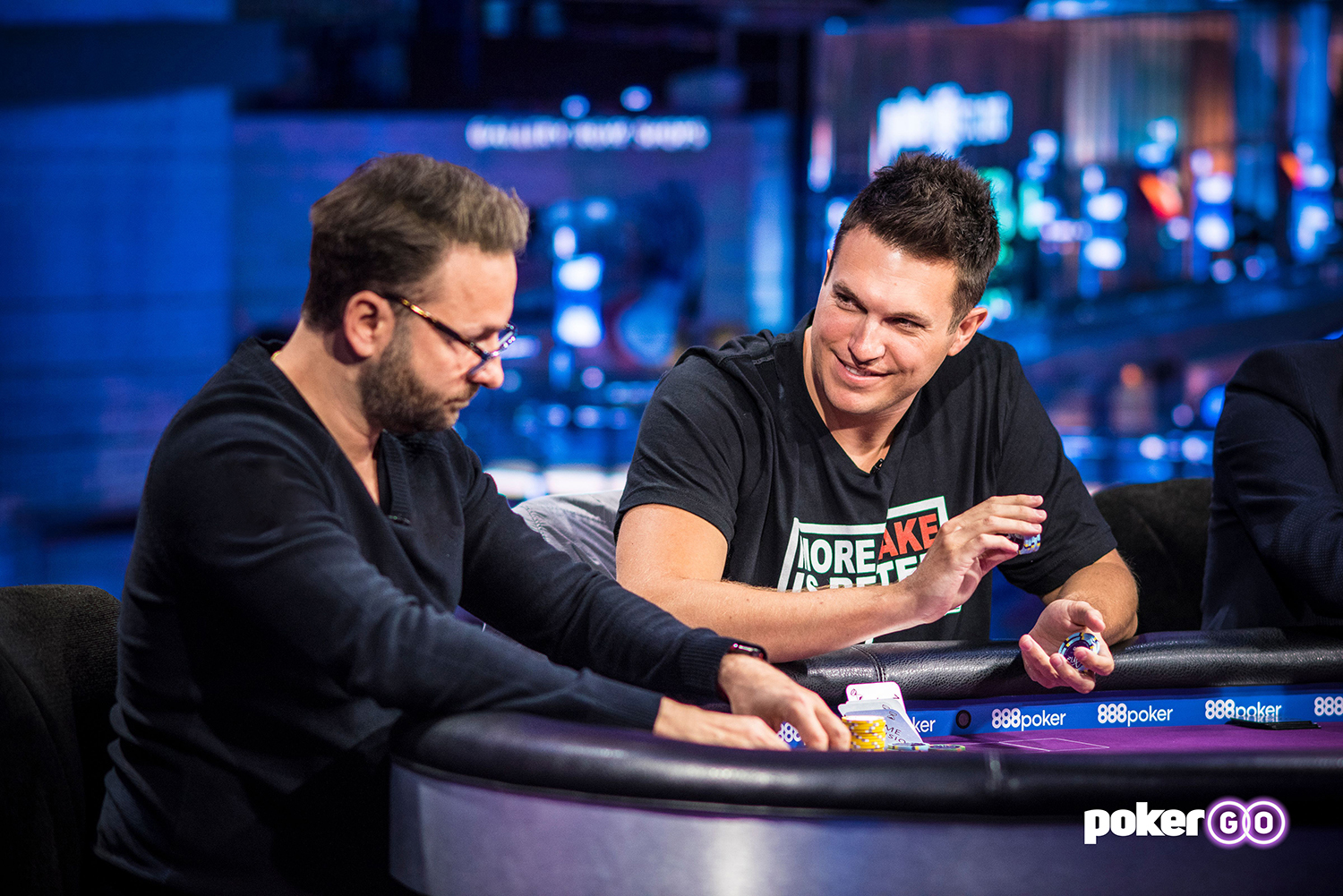 Through four sessions — 1,372 hands, Polk holds a $180,865 profit, but lost more than $80,000 on Wednesday. Thus far, the match is going exactly how many projected. Negreanu, a live tournament specialist, is a heavy underdog against his opponent, who is considered one of the top heads-up No-Limit Hold’em players ever.

So, few poker players are surprised to see the Upswing Poker founder out in front early on by 6.5 buy-ins. But the match is still in its infancy stages. Polk and Negreanu have agreed to play at least 12,500 hands of $200/$400 NLH on WSOP.com. At this point, they’ve only completed 11% of the match, although the losing player at 12,500 hands can require they play a full 25,000-hand match.

Heading into the match, Negreanu admitted he is at a disadvantage given the heads-up format. Polk suggested the outcome won’t be decided by how well he plays, but instead by how Negreanu performs. If Negreanu doesn’t put in the effort to progress as a heads-up player, Polk claims, he’ll get cleaned out.

Through four sessions, we’ve seen a mixed bag from Negreanu in this area.

Anyone who’s been watching the match closely has seen Polk take down numerous pots, mostly with large bets on the river. We don’t get to see the hole cards unless the hand goes to showdown, so we don’t know for sure if Polk is bluffing when he over-bets the pot or if he’s been getting lucky and catching big hands. It’s clear through four sessions, however, that this is one area in which the 2017 WSOP High Roller for One Drop champion is having success.

During the first two online sessions, Negreanu only won one huge pot, and that was in a similar spot. Polk had third pair on a fairly wet board and turned that moderate hand into a check-raise river bluff. Negreanu, with two-pair, made the call.

On Wednesday, Polk jammed the river on a bluff and ran into Negreanu’s trip aces. But he’s over-bet the river numerous other times without getting called. For all we know, he’s been bluffing at a high frequency in these spots. More likely, however, the “retired” poker pro is doing a solid job of balancing out his bluffs versus strong hands.

“DNegs” has been caught with his hand in the cookie jar more times than we can count in this grudge match. That’s not to say he hasn’t gotten some bluffs through, however. He likely has successfully bluffed his opponent off the best hand numerous times.

But he’s also been check-raised and forced to fold just as many times throughout the challenge. With that said, if Polk came into the match expecting Negreanu to be afraid to fire a big bluff, he is sadly mistaken. Negreanu isn’t just sitting around waiting to hit the nuts like some expected. He’s taking stabs at pots in position frequently, but it appears Polk is exploiting many of Daniel’s betting habits.

Luck Factor on Polk’s Side

On Wednesday, Negreanu won a massive pot with pocket kings that held up against pocket jacks (all-in pre-flop). That was the first key pot he won in over 1,200 hands due to a cooler. Conversely, Polk has won numerous big pots in that manner.

Through 1,372 hands, there’s no doubt that variance has been on Polk’s side. Negreanu has completely whiffed on nearly all of his flush draws in pots valued at five figures. Most of the time when he’s won a big pot, the pot was inflated due to Polk’s failed bluff attempt.

That’s not to say Polk isn’t outplaying Negreanu. Most watching would seem to agree that Negreanu has, for the most part, been outclassed from a tactical standpoint. But, there’s also no denying that much of the $180,000 differential has been due to fortunate run-outs for Polk.

Even Rivals Can Remain Cordial

It’s no secret that Negreanu and Polk don’t like each other. They’ve taken verbal shots at each other for years, but when they met for the first 200 hands of live poker at the PokerGo Studio, they remained cordial. Since then, at least on social media, they’ve kept it civil.

That’s a good thing for the game of poker. Just because they don’t particularly like each other, doesn’t mean they can’t respect each other during the competition. They’re both adults and have acted like it since the heads-up match began last week.

well written as always 🙂
I was very happy and proud of both of them during the first 200 hands.
they really acted professionally and seemed like friends.