Six sessions are now in the books in the heads-up grudge match between Doug Polk and Daniel Negreanu, and it’s abundantly clear that there isn’t much gap in skill level between these two players. 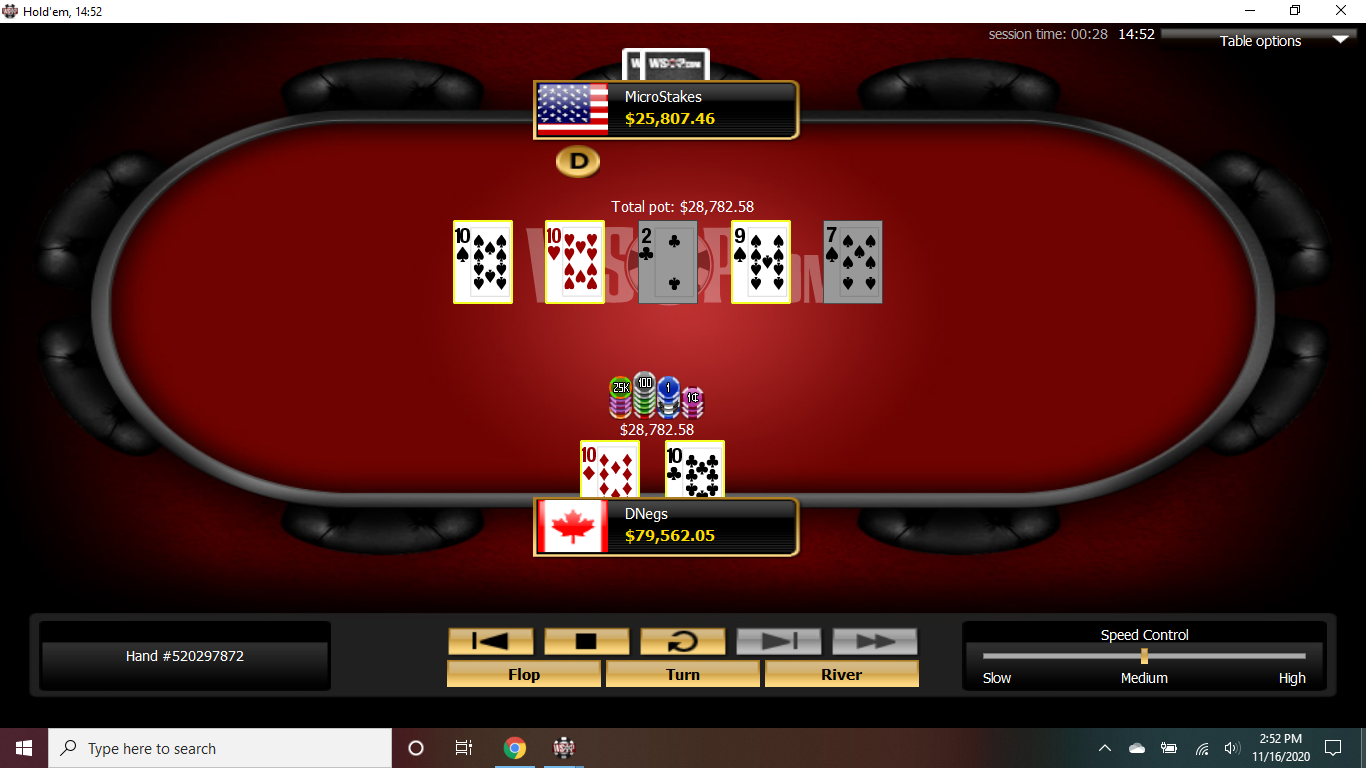 Entering the match two weeks ago, Polk was a 4-1 favorite and few gave his opponent any shot at winning. After all, the Upswing Poker founder is considered to be one of the top heads-up hold’em players ever. So, he should have no problem crushing a live multi-table tournament specialist, right? Not exactly.

The fact of the matter is, Negreanu has been more competitive than most anticipated. That doesn’t mean the match will go down to the wire. We’re still in the early-ish stages of the 25,000-hand online poker competition. For all we know, Polk will end up running hot and dominating the remainder of the match, but through the first six sessions (five online), it’s difficult to proclaim either player as superior in terms of skill.

Negreanu Has a Rough Finish

Through the first three hours on Monday, “DNegs” was competitive — perhaps even holding a slight lead despite having lost the largest pot of the day to a river suck-out. But the final half-hour turned the other way and Polk dominated in the end, leaving the virtual felt with nearly a six-figure profit.

Early on, in a three-bet pre-flop pot, the flop came 5-K-Q and Negreanu, in position, had Q-5. Polk, holding pocket aces, fired a continuation bet and Negreanu shoved all-in. Polk snap-called and with the pot at over $80,000, the players watched the board run out a 4 on the turn and K on the river, counterfeiting Negreanu.

That hand was the main difference in the day. That’s sort of been the theme for Negreanu during the heads-up challenge. He’s yet to win an all-in on a suck-out with cards still to come, yet Polk has twice won pots in that manner.

The rest of the session was competitive between both players. There weren’t any other all-in bets that were called during the rest of the day. Polk and Negreanu played for a total of 3.5 hours, the longest online session yet. In the end, Polk banked a $99,300 profit thanks to a late surge. He now leads by just under $75,000, which is less than two buy-ins or 187 big blinds.

Play will resume at 2:30 pm PT on Wednesday, and then again at the same time on Thursday and Friday. Polk and Negreanu still have around 10,000 hands remaining before the challenge concludes.

I can see why heads up poker isn’t a great media event. It’s not made any better by the hole cards being hidden. I have tried to watch but it is not compelling television or live stream. You need a full table of players to get interesting match ups and watching how players handle each position.

Watch the private streams on tape delay. Then I see the hole cards

Not sure what you’re watching, but the hole cards are shown on television broadcasts.

In the end they’re playing 6same stupid cards everyone plays from 2/4 to 200/400 no limit. Its really a matter of who screws up first or who gets luckier, thats all it is.
A true test, in my opinion is face-off on a table with 2 dealers playing in the same format. Physical reality is totally different from computer reality even though it is the same game. That face to face changes the game completely.
Other than that, its just 2/4 no limit. Neither of them is that grd, ye, gre