The third day of the 2017 World Series of Poker was a big one, both in buy-in and scope. Not only were two bracelets awarded in a single event, but the biggest WSOP buy-in of the summer, the $111,111 One Drop High Roller, and what is sure to be the most attended, Colossus III, both kicked off. 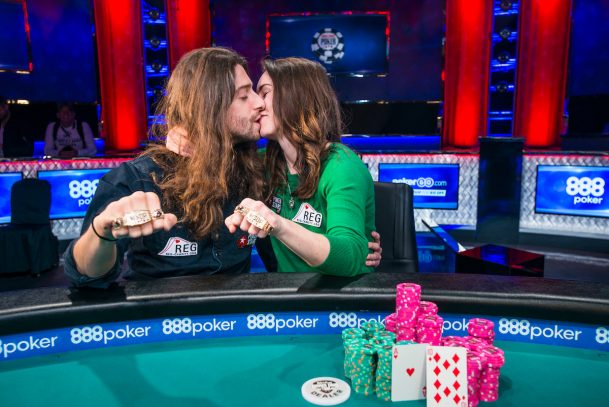 How the $10K Tag Team Works 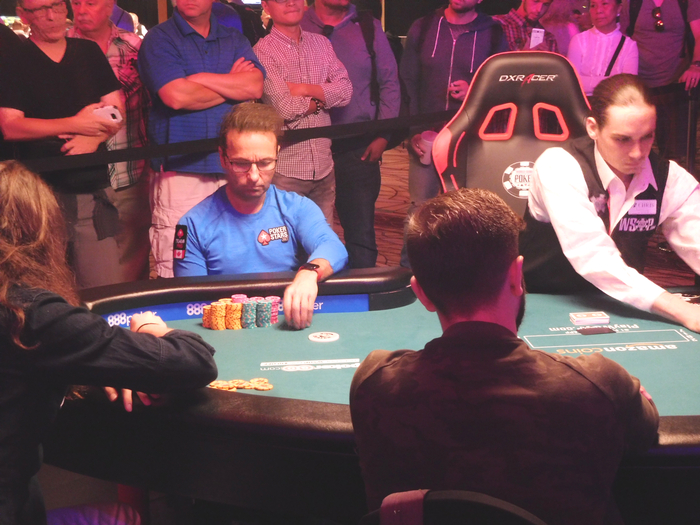 On Friday, the final six squads in the $10,000 Tag Team event came together to battle down to a winner. All eyes seemed to be on Daniel Negreanu and his three partners, especially considering “Kid Poker” has a bet with Ben Lamb to win three bracelets this summer. Unfortunately for him and his fans, his crew fell short of their goal and had to settle for third place.

That set up a heads-up battle between long-time poker couple Igor Kurganov and Liv Boeree against accomplished poker pros Ankush Mandavia and Joe Kuether. Actually, it ended up being a 90-hand match between Mandavia and Kurganov, as neither player tagged in their partner.

The pair swapped the chip lead several times, but on Hand #268 of the final table, Kurganov rivered the nut Broadway straight while Mandavia made a king-high straight. The chips went in, and Kurganov and Boeree captured their first bracelets.

“The money is nice, but for me it’s winning the bracelets together that matters the most when comparing the ratio of people that are happy from the cash to having the hardware,” Kurganov told WSOP officials after the win.

They backed up those sentiments by donating half their winnings to Raising for Effective Giving (REG).

Last year, the $111,111 One Drop High Roller was held at the end of the summer. This year, it’s Event #6 on the schedule and kicked off on Friday with 119 entries. That number is sure to go up as registration remains open until the third level on Day 2.

Among the players to fall on Day 1 were defending champ Fedor Holz, 2009 WSOP Main Event winner Joe Cada, and the $300,000 Super High Roller Bowl champ Christoph Vogelsang. Day 2 of the tournament will get underway at 2 pm PT on Saturday.

Day 2 of Event #3: $3,000 No-Limit Hold’em Shootout saw 50 players return to action, all of whom were in the money. Ten of them won their respective tables to advance to Day 3, including three bracelet winners in Jean Gaspard, Taylor Paur, and Upeshka De Silva.

They will be joined by poker commentator Olivier Busquet and Heartland Poker Tour champ Casey Carroll. The eventual winner will walk away with a $229,923 first-place prize.

Of those, O’Neill, a CardsChat forum administrator (you may know her better as “dakota-xx”) had the most luck, finishing 198th in the first flight for $1,238.

Two more flights will be held on both Saturday and Sunday. Players are allowed one re-entry per flight and can also re-enter into other flights.

Players will play down to a winner on Saturday, with action resuming at 2 pm PT.

Both the Shootout and Omaha Hi-Lo events will award bracelets on Saturday, while Colossus III and the One Drop continue as well.

There are no new events scheduled for Saturday, but two more flights in the Colossus will be held. Flight C will kick off at 10 am local time, followed by Flight D at 4 pm PT. CardsChat will be bringing you daily updates from the 2017 WSOP, so be sure to check back tomorrow.