Daniel Negreanu still has a ways to go before tying up the score against Doug Polk. But, after Monday’s session in which he won six figures, there’s light at the end of the tunnel. 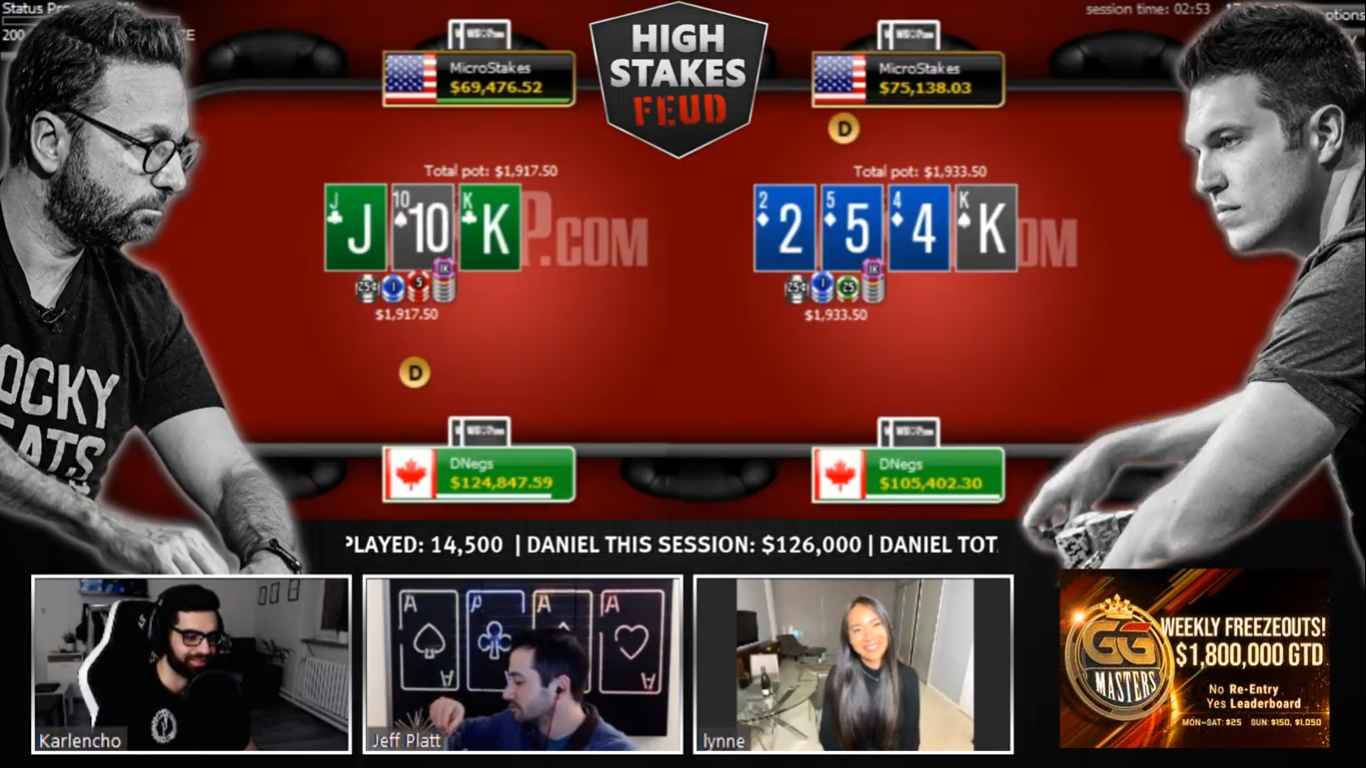 Daniel Negreanu isn’t too far from getting to within striking distance against Doug Polk. (Image: YouTube)

Polk has led the match ever since the first online session on WSOP.com more than two months ago. His lead at one point surpassed $950,000, and it appeared he was destined to potentially win millions, much like many expected before this grudge match began.

But, things haven’t been so easy for the heads-up poker legend in recent weeks. Negreanu entered Day 26 on Monday having won four straight sessions, and five out of the last six. He needed to maintain his momentum as he chases what would be the greatest comeback in poker history.

Despite his recent run of good fortune, Negreanu’s rally has been subdued by poor finishes in multiple recent sessions. On Friday, for example, he held a $100,000 lead and dominated play for more than three hours before ending the session with just a $28,000 win.

On Monday, however, the GGPoker pro started and finished strong. He took the lead early and never relinquished it, although he faced some brushback from Polk at times. Polk found some success four-betting pre-flop as he often has throughout this match.

But, every time it appeared Polk had gathered up some momentum and chipped away at the session’s deficit, Negreanu would answer back. Negreanu ran hot throughout the four hours of play, and the luck factor has begun to shift in his favor over the past couple of weeks. He’s also improved his game and is no longer overmatched against one of the top heads-up No-Limit Hold’em players in history.

Negreanu has now eliminated half of the deficit he faced heading into Day 19. The match is tightening up, but Polk still remains the heavy favorite given his sizable lead. But, if they started from scratch, who knows who would be favored at this point.

The grudge match will resume on Wednesday at 2:30 pm PT. You can catch all the action live on YouTube. There are multiple streaming options available, including GGPoker and Joey Ingram.

Daniel is going to win this match. Regardless of the result, I am his fan forever.