Daniel Negreanu indulged in some Conor McGregor-style trash talking ahead of his heads-up match with Phil Hellmuth. 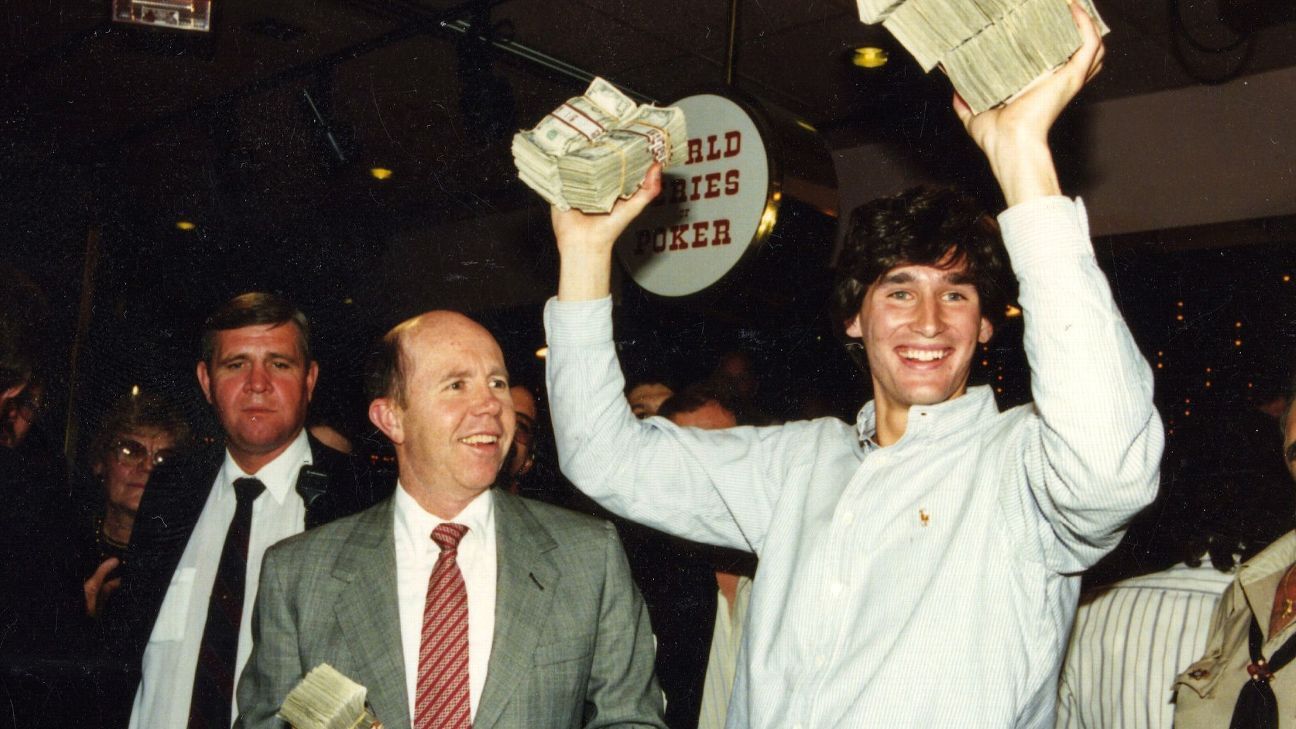 Is Phil Hellmuth really poker’s greatest or has his time passed? A lot of pros no longer believe he’s the best. (Image: Larry Grossman/Photopokerarchive)

Hellmuth has long proclaimed that he’s the best poker player in the world. Few established pros pay much attention anymore, and most write off the comments as part of his shtick.

There are some, however, who aren’t willing to let Hellmuth’s claims slide any longer. As fans prepare for Hellmuth vs. Negreanu, the former has received a deluge of critical comments.

No one can say Hellmuth doesn’t invite negative attention. However, Negreanu sparked a heated Twitter debate when he called his opponent nothing more than a “decent” low to mid-stakes player.

I took a deeper dive into @phil_hellmuth tourney record. For a guy who thinks he can beat $25k and higher buy in events against the worlds best players, the record doesn’t show any such thing.

Not a single cash in the modern era of high stakes tourneys. Not one.

Phil is decent in low and mid stakes tournaments, but on the major league high roller circuit, he cannot win.

He may have been a GOAT of his era, but that era is long gone.

That’s a bold categorization to make against someone that’s won more WSOP bracelets than anyone else (15) and $24 million in live tournaments. Indeed, that’s an impressive résumé by anyone’s standards.

But it’s not enough to make Hellmuth a threat in today’s poker world, according to Negreanu. In high roller events with buy-ins of $25,000 or more, the Poker Brat only has a handful of cashes.

1 Yo @RealKidPoker, you change your strategy every time something HOT comes out. Every new theory: you change. I spent time looking at new theories every year for decades, but decided I like my theories; which are well suited to my reading abilities. Not everyone has my “Reads” https://t.co/Zl8XhsCRN0

For Negreanu, that simple isn’t good enough. In his opinion, Hellmuth may have been the “GOAT in his era” but “his era is long gone.”

Naturally, Hellmuth wasn’t going to take that lying down and quickly defended his record and his skills. 2006 WSOP Main Event champion Jamie Gold was also quick to defend Hellmuth.

Anyone who has anything negative to say about @phil_hellmuth skills should take self inventory. Hilarious opinions from those that could never come close to his incredible skills, he is the GOAT in NL tourneys and to critique him you better be @RealKidPoker level or above.

There was, however, a lot of shade being thrown at the self-proclaimed greatest player in the world.

I have no dog in this fight but using a person’s results at the WSOP as a metric for who the poker GOAT is would be the same as using a person’s Little League stats to determine the greatest baseball player. The top players can’t be bothered to show up for 95% of the events.

All publicity is good publicity, and it can’t be forgotten that Hellmuth and Negreanu have a match to hype.

I sort of get nauseated by Negs rants about Hellmuth. Firstly, life is not a battle about being right. Secondly, Hellmuths delusions are highly entertaining. I don’t see the point in trying to “take him down”. It’s cringeworthy. Let Hellmuth be Hellmuth.

Indeed, it seems the latter has taken inspiration from famous trash talkers like Conor McGregor (see video below).

We also can’t ignore the fact that Hellmuth loves a confrontation. So, perhaps, he’s enjoying the negative attention in some sort of masochistic way.

The upcoming heads-up match against Negreanu will be a chance for Hellmuth to prove the haters wrong.

Whether or not a win would make him the greatest is another thing. What we do know, however, is that the contest just got a little bit more interesting.