Well, that didn’t take long for Daniel Negreanu to run deep in a 2019 WSOP event. He made the final table of the first open bracelet tournament of the summer, $10,000 Super Turbo Bounty, and is one of six talented players, including chip leader Asher Conniff, vying for the $345,669 first place prize. 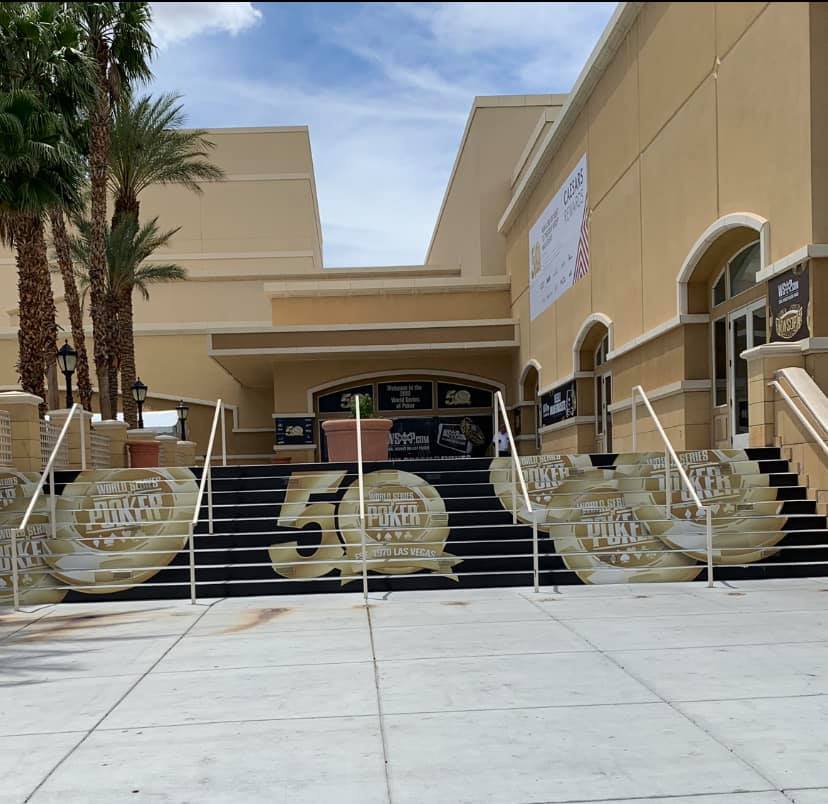 The 50th annual World Series of Poker is officially underway. Two bracelet events kicked off on Wednesday, including the $500 Casino Employees tournament that is only open to casino industry personnel. That two-day event had 686 entries with 103 advancing to Thursday’s Day Two. Cosmo Andoloro holds the chip lead.

Kid Poker’s increased focus on winning Player of the Year is off to a good start. His backers are certainly thrilled with Wednesday’s performance.

Negreanu was one of just six players who advanced to Day Two out of 204 in the $10,000 Super Turbo Bounty, a no-limit hold’em event with a speedy structure. Each player started with 60,000 chips but the blinds increased every 20 minutes.

Players dropped like flies throughout the day. But Negreanu was able to avoid getting felted. He ended the session with 1,015,000 chips, good for fourth place. Asher Conniff is in the chip lead with 4,215,000.

The final six players will return to the Rio at noon PT on Thursday to finish things off. You can catch all the action on CBS All-Access and PokerGo beginning at 1 pm/4 pm ET. Both platforms required a paid subscription, however.

Don’t expect a long session. This is a fast tournament and the blinds are at 40,000/80,000. Connifff leads with just 53 big blinds. Negreanu, Liu, and Green all have 13 or fewer big blinds. And the levels are only 20 minutes in length.

For Negreanu, it’s a big day. Not only does he have an opportunity to satisfy his investors and get off to a strong start in the Player of the Year race. He also has a chance to finally win another bracelet. His last one came in 2013 at WSOP Europe, and he hasn’t won one in Las Vegas since 2008.

It’s always nice to pick up an early cash at the World Series of Poker. For 31 players, including the six final table members, they already got that monkey off their backs. And the list includes some talented, big name pros.

The Rio will be jam packed on Thursday with the start of the first ever $500 Big Fifty, a no-limit hold’em tournament that guarantees at least a $5 million prize pool.