Daniel Cates, aka “Jungleman,” might be trying to channel his inner Dan Bilzerian. The online poker legend appeared in what is best described as a softcore poker pornography and also a revealing photo that is surfacing around the interwebs. 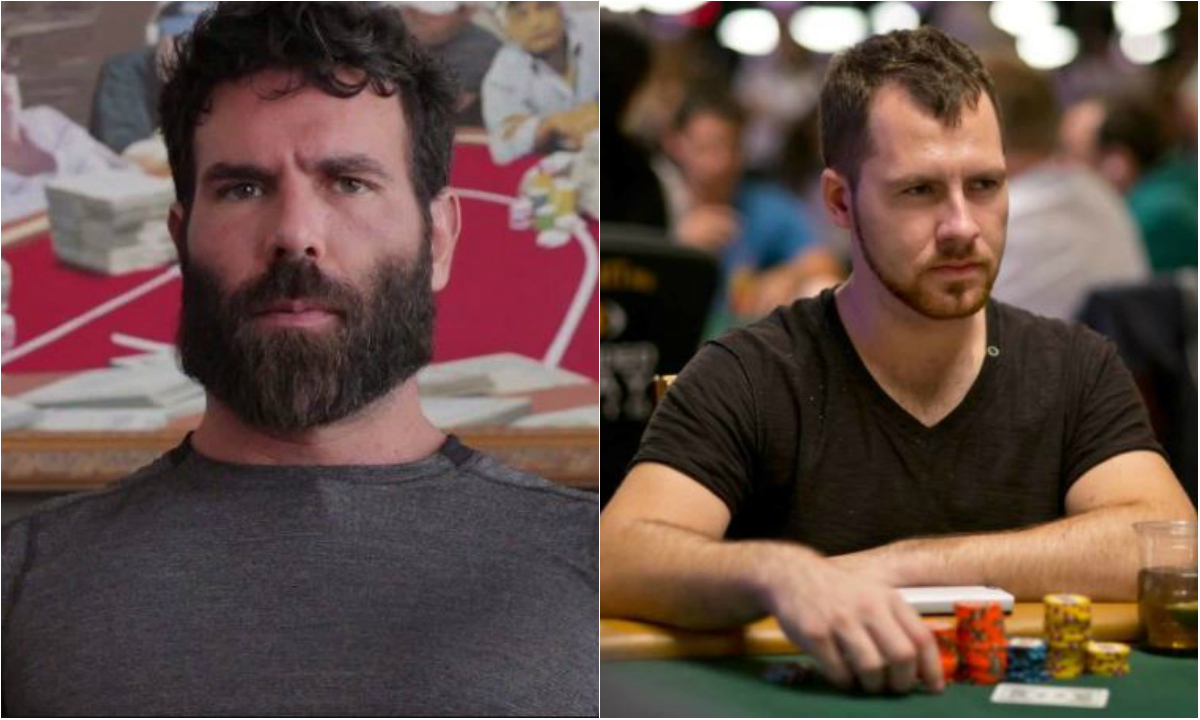 Are Dan Bilzerian and Daniel Cates brothers from another mother? (Image: superpoker.com.br)

Jungle’s apparent quest to be the next Ron Jeremy was well-received by most of the poker community. But not everyone, most notably CardPlayerLifestyle blogger Robbie Strazynski.

A picture of Jungleman meditating at a beach house on top of a table full of women in bikinis floated around social media on Sunday. Joe Ingram suggested the photo was “fueled” by a recent brief Twitter conversation between Cates and Bilzerian.

On Monday, Ingram located a video of Jungleman performing in a pseudo poker pornography. He shared the 4:30 clip with his Twitter followers. We’ll warn you, however, if you click on that video, be aware that it is not safe to view at work or around children.

In the video, Cates appears at a poker table surrounded by scantily clad women. But the details about what is actually going on in the video are a bit fuzzy. At one point in the clip, Jungleman appears to stack one of his opponents who apparently bought in with her underwear instead of money. Nude women then dance on top of the table to Jungleman’s delight. Either that or he’s stoked he had just won a nice pot.

In the case of Jungleman’s video, he appears to be showing off his poker skills, but is equally focused on proving his prowess between the sheets. Why he appeared in the video is unknown. He hasn’t made any public comments on what he’s trying to accomplish. Perhaps, he wants to be the next Dan Bilzerian. Or, maybe he’s always admired Ron Jeremy.

Or, it’s possible Jungleman is simply looking to troll the poker community. But there are some, including Robbie Strazynski, who aren’t impressed.

The poker media personality ranted about the video on his CardPlayerLifestyle blog. He contends that Jungleman’s appearance in that video is “absolutely disgusting” and makes him “ashamed” to be part of this industry.

Strazynski argues that exploiting women in this manner is bad for poker, and hurts efforts to attract more women to the game. It’s no secret that women represent only a small portion of the poker community. He believes videos such as this won’t help that cause and perhaps he’s correct. But most who commented on his article on Twitter disagreed with his opinion.

I bit my tongue yesterday. But at some point staying silent signals being OK with it. It's not OK.

Time to rattle some cages. I don't usually do profanity. I guess there's an exception to every "rule."

Even some women commenting held a different point of view. Vanessa Kade (@VanessaKade), however, partially agreed. She wrote that she doesn’t see “any problem with women choosing to do whatever makes them feel empowered.”

But she also said that she questions the “creator’s motivation in using naked women as a props to effectively brag about being a baller.”