Dan O’Brien prevented Loren Klein from capturing his third Run It Up Reno Main Event title by beating the two-time champ in heads-up play on Monday. 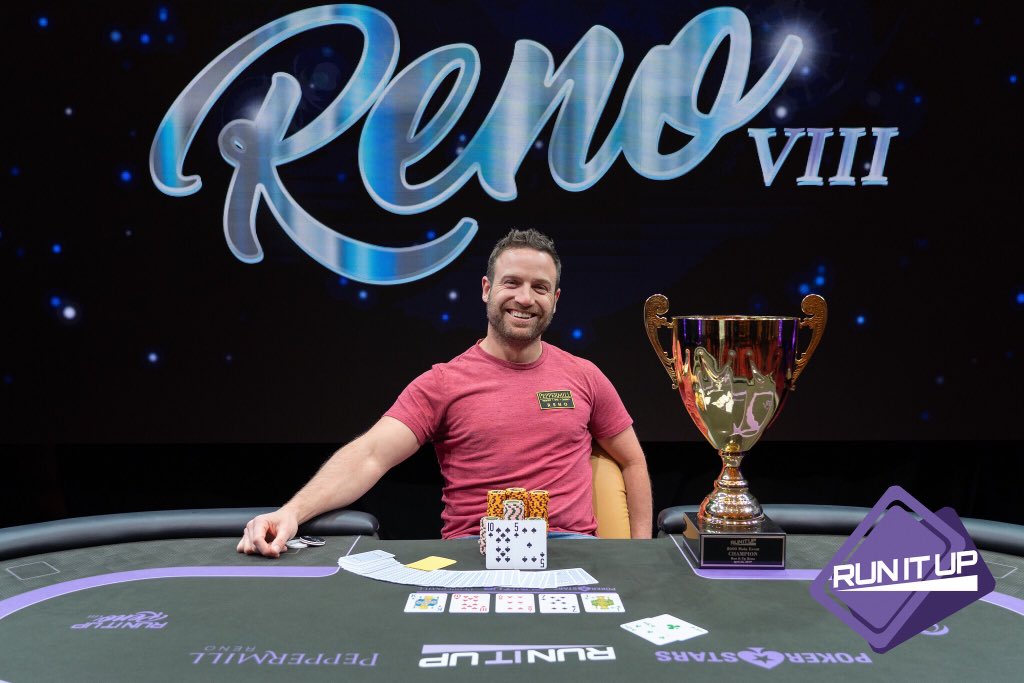 O’Brien earned $46,681 for taking down the final event in the eighth edition of the popular poker series at the Peppermill Casino in Reno, Nevada.

Compared to most major tournaments, the $600 buy-in and the five-figure top prize may not sound impressive. But Run It Up Reno – now in its eighth edition – has a special place in the poker community, having sprung out of Jason Somerville’s popular Run It Up streams on Twitch.

That’s why 629 players took part in the Main Event of the latest edition of the festival. The final table was streamed live on Twitch, where thousands of viewers saw O’Brien take down the title.

O’Brien entered heads up play with about a 3-to-2 chip advantage over Klein, who had previously won the main events of Run It Up III and Run It Up V. Klein briefly took the lead before a critical hand saw O’Brien take control of the match.

An 8♥ on the river changed nothing, and Klein checked the action to O’Brien again, who moved all in for his final 3.6 million chips, earning a quick call from Klein. The massive pot gave O’Brien an overwhelming chip lead, and he would quickly put away the tournament a few hands later.

For O’Brien, the victory was just enough to push his career tournament winnings to over $3.3 million, and marked his first win since taking down a small $200 buy-in tournament at the Venetian back in 2015.

It feels really good to win, it really does. It was a lot of fun,” O’Brien told PokerNews’ Chad Holloway. “[Klein] is definitely a tough opponent. I like him as a person but I was certainly rooting against him.”

The latest edition of Run It Up Reno ran from April 12-22, and as in previous editions, it offered a lot more than just standard poker tournaments. Along with cash games and tournaments in unusual formats like “All In or Fold,” Triple Stud, and Taiwanese Double Board, attendees could also enjoy a welcome party, a karaoke night, and a Survivor watch party among other activities.