Dan Bilzerian isn’t one to mince words. And, apparently, he thinks females suck at poker. Providing no evidence to support his argument, the social media playboy gave his reasoning as to why Mike Dentale will defeat Cate Hall in Saturday’s much-anticipated heads-up match. 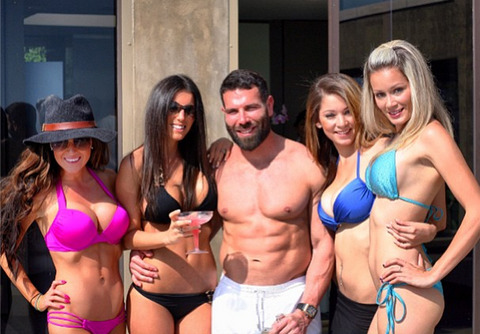 “@catehall I don’t even know who you’re playing, but I want to bet against you because you are a woman and women can’t play poker,” he posted on his Twitter account that has 1.4 million followers.

“some tell Dan his account has been hacked, he’d never tweet something so derogatory toward women,” Hall sarcastically responded.

Bilzerian claims he made his wealth playing poker cash games. But many top pros, such as Doug Polk, aren’t buying it. Some believe he inherited his money from his multimillionaire father. After all, he has just $36,000 in career live tournament winnings, per Hendon Mob.

Hall, on the other hand, has nearly $900,000 in winnings. That doesn’t take into account tournament losses and cash game profits or losses for each player. Bilzerian is known to have competed in high stakes cash games, but no one seems to know how successful he’s really been.

Two Peas in a Pod?

Forget the hated rivalry between Hall and Dentale for a moment. Poker fans may be more interested in seeing Bilzerian battle the outspoken “social justice warrior.”

Hall and the social media icon have some things in common. Mostly, they like to speak their minds. Both poker players have many haters who don’t agree with the comments they make.

Bilzerian proudly displays both his guns (both kinds) and women he hooks up with on social media. Hall, on a daily basis, bashes conservatives and anti-feminists.

After winning the GPI Female Poker Player of the Year award at the American Poker Awards last month, Cate went on a rant about how there shouldn’t be separate awards for men and women. Contradicting herself, she also said winning the award was an honor. The anti-social justice warriors on Twitter piled on her for that comment.

Wait is Finally (Almost) Over

If you’ve been eagerly anticipating the Hall/Dentale match (or if you’re fed up with hearing about it entirely), you’ll be glad to know it will all soon come to a head. Streaming live on Poker Night in America, the two hated rivals will battle heads-up in a best-of-three format.

The feud began in December when Dentale called Hall out for a poor play in a tournament. She responded by challenging him to a heads-up battle. The poker pros went back and forth for days, insulting each other and letting the other know how badly they thought the other sucked at poker.

That fueled interest in what will become a televised poker event. The dispute will be settled in less than a week. If Hall takes it down, perhaps Bilzerian will eat his words. Don’t hold your breath, though.

Yeah, we had a chance to see how he play..LOL!

after hall hopefully beats Dentale because he’s such a poor sport, she can go after an ignorant Bilzerian.
I would love to see him play any of the well known female poker players. I do like him but they would destroy him IMO.