Dale Evans Claims to Be Poker Player Who Will Save Coventry City, But Soccer Fans Aren’t Buying It

Englishman Dale Evans has claimed that’s he’s prepared to buy a major soccer team after winning more than $13 million at the poker table. 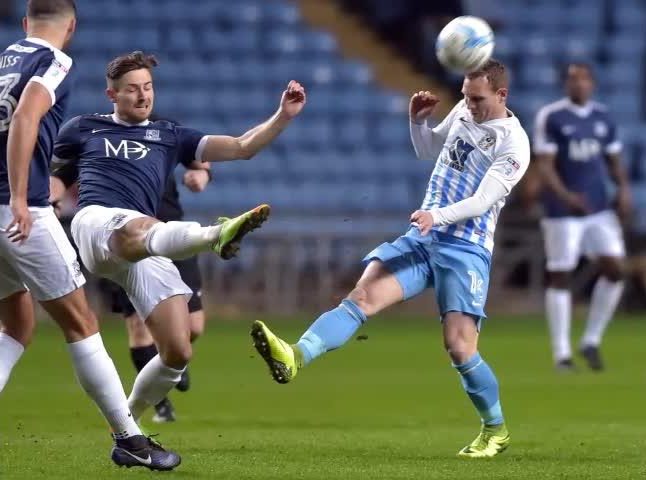 The Coventry City football club has struggled of late, and Dale Evans, a poker player with hardly a record of his play, claims he can use his “winnings” to purchase his favorite soccer team, a la Tony Bloom. (Image: Coventry Telegraph)

Evans made his extraordinary claim during an Oct. 20 interview on a local BBC radio station. Discussing the current plight of his beloved Coventry City Football Club (a team in the fourth tier of the English soccer league system), Evans said that he wants to take ownership of the club.

Who Is Dale Evans?

With Coventry City currently midtable and fans starting to turn on the manager and players, the owners are now coming under fire, too. Evans appeared on BBC Coventry & Warwickshire to explain that he’s in talks to purchase the club from Sisu Capital Limited, a hedge fund that currently owns the team.

When asked how he came to have enough money to buy the club, Evans said that he made his money playing poker.

“I had quite a big windfall of around £10 million ($13.1 million), and then I played some more, and I had another big windfall,” Evans told the radio station.

Looking through the Hendon Mob’s official database, Evans name doesn’t appear anywhere. This is something Coventry City fans have also noted on the club’s official fan forum. Digging a little further, the name “Dale Evans” does appear on a pub poker league page and he recently missed out on winning a soccer bet worth around $5,200, according a Facebook post.

Evans has since suggested online that he has owns a business in Essex. Further research by eagle-eyed City fans haven’t been able to verify this claim either, which suggests Evans may not be as financially fortunate as he claims.

The final nail in the coffin for his story appears to be confirmation from Coventry City’s Communications Officer Mark Hornby that he’d never spoken to Evans. While Evans’ claim might be a work of his own imagination, poker players buying soccer clubs isn’t a new phenomenon.

Before becoming the owner and chairman of Brighton & Hove Albion, Tony Bloom was a successful poker player and sports bettor. As well as being highly regarded on the high-stakes scene in London and beyond, Bloom has made more than $3.5 million in live tournament earnings.

Though most of his cashes, including final tables at the Aussie Millions and WPT, came during the early poker boom, Bloom did bank $166,212 for a 27th place finish in the 2016 WSOP High Roller for One Drop.