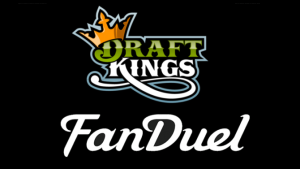 DraftKings and FanDuel have the daily fantasy sports market nearly covered, an industry expected to double by 2021. (Image: variety.com)

Daily fantasy sports games are big business. Millions of gamblers log onto websites such as DraftKings and FanDuel to get some action.

As popular as the game is now, the future looks even brighter.

Juniper Research, a U.K. market research company, conducted a study on the future of DFS.

Based on projections, Juniper figures the DFS industry will double by 2021 from $2.6 billion to $5.3 billion.

The report was released shortly after DraftKings and FanDuel agreed to merge.

The two DFS giants represent approximately 90-percent of the market.

Yahoo is the closest competitor to FanDuel and DraftKings. But Yahoo isn’t much of a threat to those websites. It’s sort of like PokerStars against poker sites such as 888poker or the University of Alabama against other Southeastern Conference football programs.

Bottom Line: It’s the varsity against the junior varsity.

The study suggests margins earned from DFS games will quadruple traditional online casino games such as poker and blackjack by 2021.

FanDuel and DraftKings merging, per the report, will allow those companies to “consolidate their position and dwarf closest rival Yahoo.” But that isn’t the only reason Juniper Research projects a massive industry growth.

North America currently has the majority of the market cornered. Gambling on sporting events is popular in the United States. Over the past few years, wagering on individual performances (DFS) instead of just on the teams has been growing.

Globally, the DFS industry is expected to grow. Places such as the U.K., Australia, and Latin America will begin offering DFS games. What started as an America-only form of gambling is on the verge of going global. As more markets internationally hop on the DFS bandwagon, the industry will grow.

Still an Issue of Luck versus Skill

In the United States, except in three states, online poker isn’t legal. One of the main reasons is because many politicians believe poker is purely a game of chance. That isn’t the case for daily fantasy sports.

DFS websites currently operate legally in most states. This allows the industry to thrive in a so-called “free” country. Online poker, on the other hand, doesn’t get the same respect.

Initially, daily fantasy sports companies were able to operate in nearly every state without much of a fuss put up by lawmakers. It was seen as a harmless game. In 2015, states such as New York and Nevada began questioning the legality.

How is it any different from online poker? In the end, only a few states refuse to accept DFS as a game of skill. Coincidentally, Nevada banned DFS sites from operating in the state but has legalized online poker. 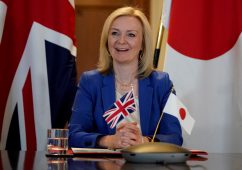 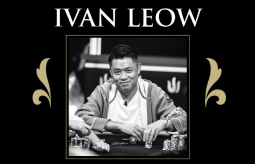 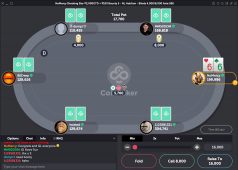