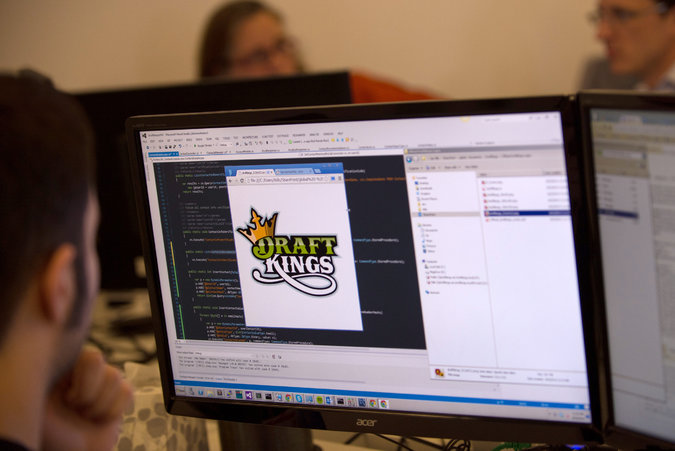 Daily fantasy sports websites FanDuel and DraftKings have reached an agreement with the State of New York to halt operations until either legislation passes (in May) or an appeal can be heard (in September).  (Image: Gretchen Ertl/The New York Times)

State lawmakers will review daily fantasy sports legislation come May, although whether or not it will pass at that time is still up in the air. Barring passage of the DFS bill in the spring, a September State Appellate court appeal could determine whether both sites can come back to the Empire State or not.

Until either of these events occur, DraftKings and FanDuel will not continue offering DFS games, per their agreement with Schneiderman.

The daily fantasy sports websites and Schneiderman have gone back and forth for months disputing the legality of these games. Schneiderman believes DFS games are a form of gambling. Online gambling of any kind is illegal in New York.

The Attorney General (AG) has filed claims against the two DFS sites for false advertising. Schneiderman has accused FanDuel and DraftKings of misleading customers by claiming to be a form of entertainment rather than one of gambling. The AG feels strongly that they are the latter.

The agreement won’t automatically eliminate any potential fines associated with Scheiderman’s claims. In fact, the AG is sticking to his guns.

“As I’ve said from the start, my job is to enforce the law, and starting today, DraftKings and FanDuel will abide by it,” Schneiderman said in a statement.

If FanDuel and DraftKings want to avoid massive fines, they’ll need the state to legalize daily fantasy sports games. If that occurs, the DFS websites will be allowed to operate again in New York without penalty. In the meantime, they have agreed to back out.

Daily fantasy sports participants face much of the same criticism from state and federal governments that poker players have dealt with. The difference is most states have yet to ban DFS sites, whereas online poker is only legal in three states.

Part of the reason for the strict laws has to do with politicians being unable to agree on the definition of “skill versus chance,” which is what delineates entertainment from gambling. Games such as poker and fantasy sports are, according to most people who have ever played the games at a high level, a game of skill, but many politicians are in denial about that fact.

Is It Bad News for Online Poker?

A new online poker bill was proposed in New York in January. The bill isn’t likely to pass this year, but could gain some traction if similar legislation occurs encompassing the daily fantasy sports websites.

Largely because of the events of Black Friday in 2011 and the subsequent freeze on player funds that have only slowly been returned, online poker hasn’t received the same type of mainstream acceptance in the US as daily fantasy sports. For that reason, it is likely that passing a New York online poker bill isn’t likely to occur until at least a decision is made on DFS.