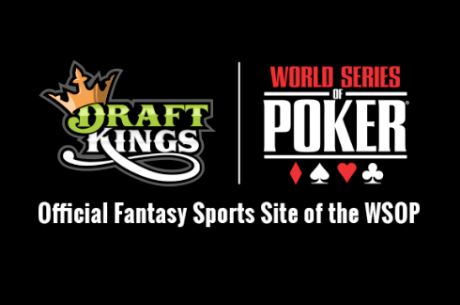 Will a new ban on daily fantasy sports in Nevada kill DraftKings World Series of Poker sponsorship in 2016? The repurcussions for poker could be immense. (Image: pokernews.com)

Daily fantasy sports (DFS) constitutes gambling under Nevada law, and as such, is no longer legal there. And the move could potentially greatly affect next year’s World Series of Poker, of which DraftKings was a major and highly visible sponsor this year.

That’s the word from the Nevada Gaming Control Board, which said this week that sites offering DFS to residents of the state are providing unlicensed gambling and must refrain from doing so immediately. Failure to do so would expose them to serious criminal charges.

In a notice published Thursday, Control Board Chairman A.G. Burnett wrote that “because DFS involves wagering on the collective performance of individuals participating in sporting events, under current law, regulation and approvals, in order to lawfully expose DFS for play within the State of Nevada, a person must possess a license to operate a sports pool issued by the Nevada Gaming Commission.

“Therefore,” Burnett continued in his issued judgment, “since offering DFS in Nevada is illegal without the appropriate license, all unlicensed activities must cease and desist from the date of this Notice until such time as either the Nevada Revised Statutes are changed or until such entities file for and obtain the requisite licenses to engage in said activity.”

Big Test for the Industry

It’s been a bad few weeks for the daily fantasy sports industry, which has enjoyed meteoric growth over the past year and until recently, seemed unstoppable.

The two leading DFS sites, DraftKings and FanDuel, are currently under investigation by the New York State Attorney General’s office over allegations that they allowed employees to play on each other’s sites. The investigation is focusing on whether the knowledge that those employees may have been party to gave them unfair advantage over other players.

Fantasy sports was exempted from UIGEA, which criminalized other forms of online gambling, because it was deemed to be a “game of skill,” and therefore not gambling. But DFS as it exists today, where customers deposit funds to bet on teams or sports players during a given day, earning points and cash in the process, is a different animal altogether from yesterday’s office pool versions.

“We understand that the gaming industry is important to Nevada and, for that reason, they are taking this exclusionary approach against the increasingly popular fantasy sports industry,” read an official statement from DraftKings, which may now need to rethink its sponsorship of the World Series of Poker in Las Vegas for next year.

“We strongly disagree with this decision and will work diligently to ensure Nevadans have the right to participate in what we strongly believe is legal entertainment that millions of Americans enjoy.”

Now that Nevada has put the squeeze on DFS, it may be that New Jersey will follow its lead. US Representative Frank Pallone (D-New Jersey-6th) recently requested a congressional hearing to examine the legality of daily fantasy sports and the nature of its relationship with the major sports leagues.

New Jersey’s recent attempts to legalize sports betting within its borders has been stymied by the sports leagues, who are major stakeholders in the DFS industry.

so why can’t they get a license?

Wow their attacking everything now.