Is daily fantasy sports a game of skill? That is a hot debate among lawmakers around the country.

The opinion on this issue from those passing laws is important. There isn’t a general consensus on this topic, much like online poker. 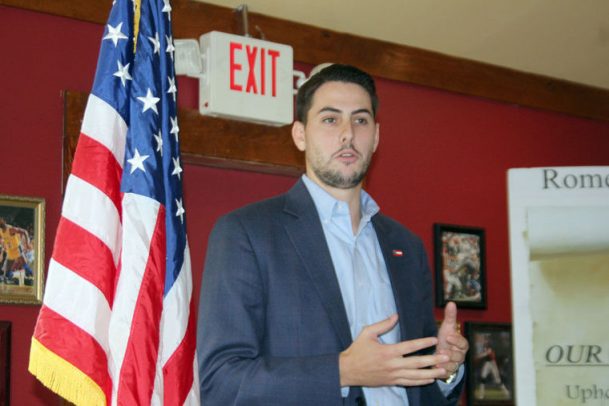 Why does it even matter if lawmakers think DFS is a game of skill or not? Individual states have a right to determine the legality of DFS games. If a state deems it a game of luck, chances are residents of that state won’t legally be able to play.

Georgia Rep. Trey Kelley (R-Cedartown) wants his state to regulate, license, and tax daily fantasy sports operators. He sees the revenue potential his proposed House Bill 118 could have on the Peach State. He argues DFS is a game of skill and should be recognized as such.

“I have serious reservations about pure gambling in our state, but games of skill are already allowed,” he said. “Golf tournaments, bass fishing tournaments, skeet shoots. We already allow those. I just see this as the proper classification.”

There are two major players in the DFS industry, DraftKings and FanDuel. Once rivals, these companies are reportedly working towards a merger, although nothing has yet been officially finalized. As would be expected, the industry giants are ecstatic over Kelley’s proposed bill.

“The bill takes the right approach by installing the consumer protections that have now been proven to work in many other states, while tailoring the correct specific touches for the state of Georgia. It updates older state laws to reflect changes in technology and the evolution of fantasy sports, and provides a path for the industry to generate revenue for the state as the fantasy sports industry continues to grow,” the companies said in a statement.

Should the bill pass, all DFS sites must register with the state and receive a license to operate. Precautionary measures will be taken to ensure minors can’t play.

What About Online Poker?

Many poker players may be wondering why daily fantasy sports appears to receive preferential treatment. Online poker is only legal in three states (Nevada, New Jersey, and Delaware). DFS games are currently legal in most states.

One reason for that is, most states haven’t agreed poker is a game of skill. Many lawmakers claim it is merely a game of chance. Some politicians feel poker is nothing more than another form of gambling that causes addictions.

There are detractors out there and some politicians see it as a form of gambling as well. However, Trey Kelley, and many others, have a different opinion.

luck plays a role, but even so it is more a game of the mind and of course math! who considers poker a game case just not familiar with this game